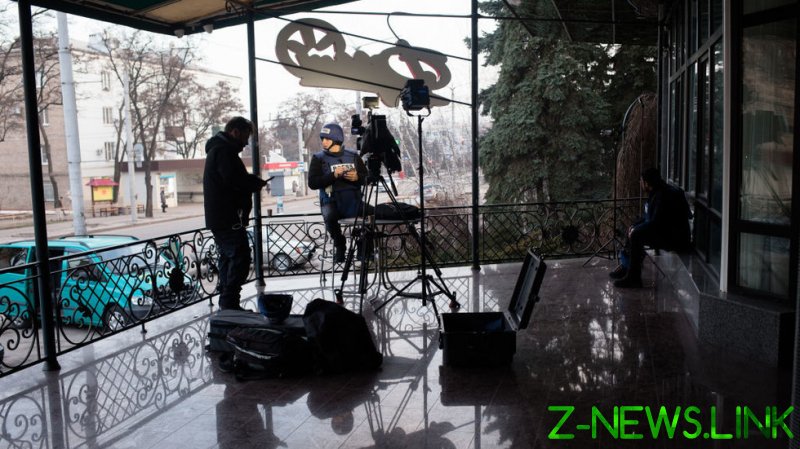 American media organizations seeking to operate in Crimea, Donetsk and Lugansk “regions of Ukraine” are allowed to do so under certain conditions, the US Treasury Department announced on Thursday in guidelines issued to clarify sanctions against Russia.

According to the document called General License 25, news reporting organizations and their employees considered US persons are allowed to engage in transactions deemed “ordinarily incident and necessary to their journalistic activities” in the covered regions, the Treasury said.

Media organizations can pay their American and local staff, lease office space, pay for cell phones and satellite uplinks and news feeds, pay any sales or employment taxes involved, and even purchase the necessary equipment, so long as it’s taken back to the US or another country when it’s no longer needed, the Treasury memo said.

Though the US considers all three Ukrainian territory, Crimea joined Russia in 2014, while Moscow recognized the Donbass republics as independent in February.

In further general license memos, the US also allowed transactions “necessary for the activities of diplomatic missions of third countries located in the Russian Federation” and extended the deadline for wrapping up transactions related to imports of seafood from Russia until June 23.

The US and its NATO allies embargoed Russia after Moscow sent troops into Ukraine in late February, following a seven-year standoff over Kiev’s failure to implement the terms of the Minsk agreements and end the conflict with the breakaway regions of Donetsk and Lugansk. Russia ended up recognizing the two as independent states, at which point they asked for military aid.