US evacuating Ukraine embassy staff out of country – media 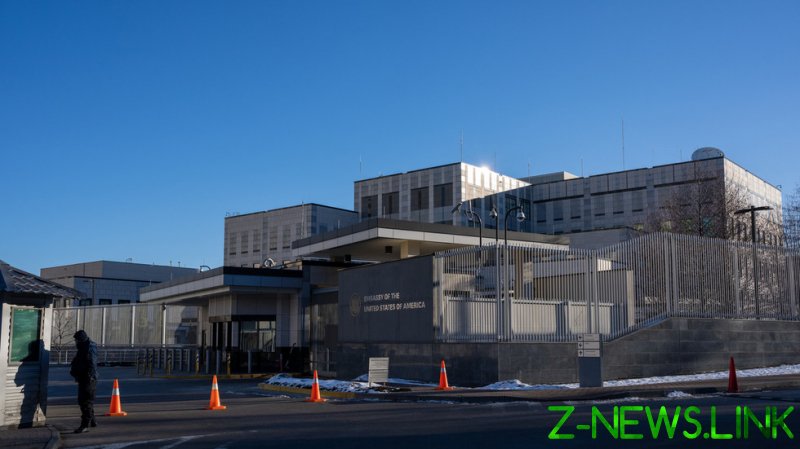 The US State Department is again evacuating its Ukraine embassy staff, this time moving them across the border to Poland on concerns that Russia will launch an attack on Kiev, Bloomberg News reported.

Embassy staffers may return to Ukraine tomorrow “if the Russian invasion doesn’t happen, I’m told,” Jacobs added. US officials earlier this month urged American citizens in Ukraine to leave the country, saying they would be allowed to cross into Poland by land without advanced approval from Warsaw.

Last week’s embassy evacuation from Kiev reportedly included destruction of the facility’s computer systems and communications gear for fear that the equipment could fall into the hands of Russian forces. Lviv is in western Ukraine, further away than Kiev from the country’s borders with Russia and Belarus.

War fears escalated on Monday, after Russian President Vladimir Putin announced that Moscow would immediately recognize the breakaway Donbass republics of Donetsk (DPR) and Lugansk (LPR) as sovereign nations. DPR and LPR declared independence from Kiev in 2014, after US-backed nationalists overthrew Ukraine’s elected government. Putin, who said Kiev wants to “start a Blitzkrieg” in the Donbass, also ordered the Russian military to send peacekeepers into the newly recognized republics.