Home / WORLD / US embassy in Afghanistan urges Americans to avoid travelling to the Kabul airport due to ‘specific, credible threat’

US embassy in Afghanistan urges Americans to avoid travelling to the Kabul airport due to ‘specific, credible threat’ 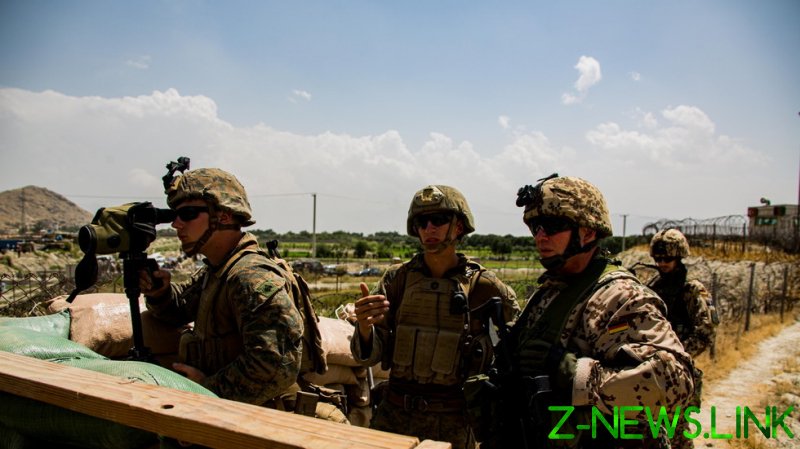 In a security alert issued early Sunday, the US embassy sounded the alarm about a potential attack at the Kabul airport, two days after a suicide bombing killed some 170 Afghans, 13 US servicemen and two British nationals.

Those US citizens who had already set off to the airport were urged to turn around.

“Due to a specific, credible threat, all U.S. citizens in the vicinity of Kabul airport (HKIA), including the South (Airport Circle) gate, the new Ministry of the Interior, and the gate near the Panjshir Petrol station on the northwest side of the airport, should leave the airport area immediately,” the embassy said in a statement.

The dire warning comes several hours after US President Joe Biden said that he was informed by US military commanders that another attack on the troops may come within the next 24-36 hours.

Despite intelligence suggesting an attack at the airport is “highly likely”, Biden said that the US would continue to evacuate the remaining Americans and Afghan allies. Over 117,000 people have been flown out of Afghanistan since the start of the evacuation, according to US officials.

The warning also follows a US drone strike in Afghanistan on Friday. The Pentagon claimed that the strike, which was conducted in retaliation to the Thursday bombing, killed an Islamic State Khorasan (ISIS-K/IS-K) terrorist group “planner” and a “facilitator,” while injuring another fighter.

While Biden promised more strikes in response to the deadly bombing, the Taliban that controls the area adjacent to the airport, denounced the airstrike as an “attack on Afghan territory.”

The militant group, which prepares to take over the airport from the US troops upon their complete withdrawal, set for August 31, claimed that the strike left two women and a child injured.