US embassy calls on all American citizens to leave Afghanistan IMMEDIATELY, right after Taliban claims to capture 2nd largest city 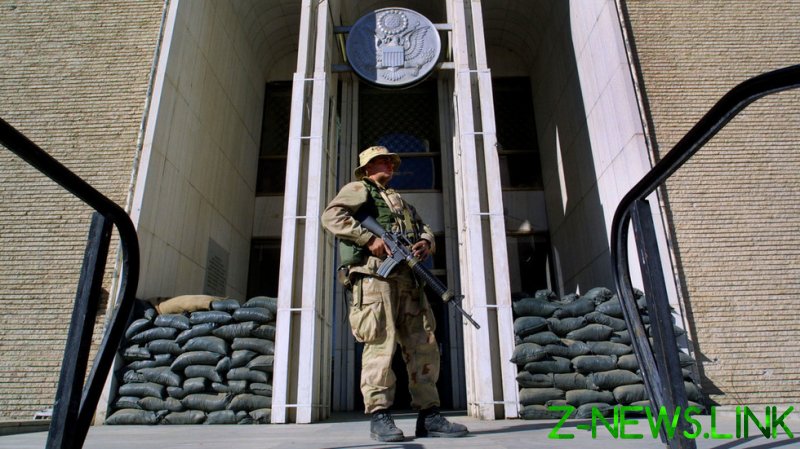 “The US Embassy urges US citizens to leave Afghanistan immediately using available commercial flight options,” read a security alert from the diplomatic outpost on Thursday. The embassy offered loans to Americans unable to afford plane tickets home, and assistance with immigrant visas for foreign family members.

The alert went shortly after the Taliban claimed to have captured Kandahar, Afghanistan’s second-largest city. Earlier, they claimed victory in the city of Ghazni, 150km (95 miles) from the capital. Ghazni is the 10th Afghan provincial capital to fall to the Taliban since the US withdrawal from Afghanistan began in May.

The pullout is expected to be complete by the end of August, and US intelligence officials predict that the Taliban will control the capital sometime within the next several weeks to six months, according to a Washington Post report earlier this week.

Several hundred US troops remain stationed in Kabul, at the embassy and at the city’s airport. However, embassy employees who can perform their work remotely were already advised in April to leave, with the State Department citing “increasing violence and threat reports.”

Without US support, Afghanistan’s military has quickly wilted in the face of the Taliban threat. Troops stationed near the country’s frontiers have been driven across Afghanistan’s borders and into neighboring countries, and earlier on Thursday the US embassy in Kabul reported that surrendering Afghan troops have been executed and their military and civilian leaders unlawfully detained by Taliban forces.

The embassy described the alleged executions as “deeply disturbing,” adding that they “could constitute war crimes.”

With the majority of its troops gone, such strongly-worded statements are all that remain in the US’ diplomatic arsenal. White House Press Secretary Jen Psaki caught flak from critics on Wednesday for calling on the Taliban to reach a peaceful settlement with the Afghan government and assess “what they want their role to be in the international community.”

Though US-mediated peace talks are currently underway in Qatar, a spokesman for President Ashraf Ghani told Bloomberg on Monday that the group is only interested in “trying to grab power by force,” while Taliban spokesman Zabihullah Mujahid told Axios on Wednesday that the group has “never yielded to any foreign pressure tactics before and we do not plan to capitulate any time soon either.”