Home / WORLD / US doubles down on denial of ‘dirty bomb’ warnings

US doubles down on denial of ‘dirty bomb’ warnings 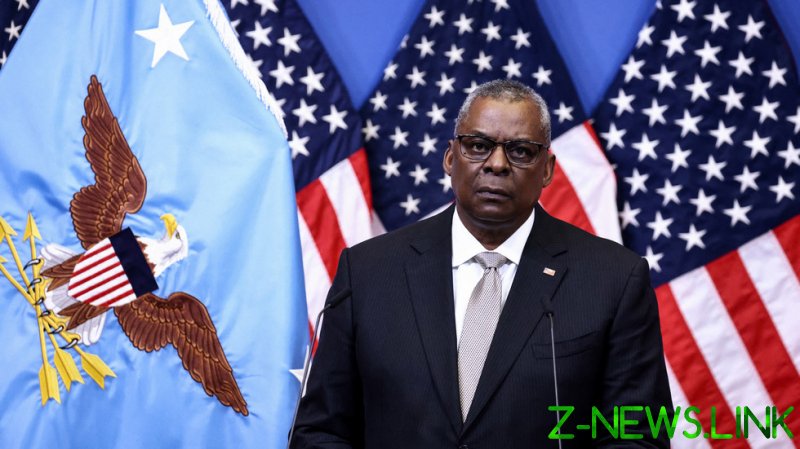 US Secretary of Defense Lloyd Austin has rejected Moscow’s warnings about Kiev’s alleged plans to deploy a ‘dirty bomb’ to frame Russia. The statement came during a phone call with his Ukrainian counterpart on Monday.

The Pentagon chief spoke with Minister of Defense Alexey Reznikov to “reaffirm the unwavering US commitment to support Ukraine’s ability to counter Russian aggression,” according to the readout of the call.

He also “strongly condemned” Russian strikes on Ukrainian civilian infrastructure and “reiterated that the United States rejects the public and false allegations by Russia about Ukraine,” describing them as “a pretext for further Russian escalation of its unlawful and unjustified war against Ukraine.”

Austin also raised the issue with NATO Secretary General Jens Stoltenberg. The two officials “discussed recent diplomatic engagements with Russia” and what they called “Moscow’s false accusation that Ukraine is preparing to use a dirty bomb on its own soil.”

Stoltenberg repeated the sentiment in an interview with Politico, describing the warnings as “absurd,” saying that Kiev is “fighting so hard to liberate” its territory.

According to the Russian Defense Ministry, a possible ‘dirty bomb’ attack would allow Ukraine to portray Russia as a “nuclear terrorist”, intimidate the local population and trigger a refugee exodus to the European Union.

Moscow’s ambassador to the United Nations, Vassily Nebenzia, wrote to UN Secretary General Antonio Guterres, urging him “to do everything in his power to prevent this heinous crime.” He also stated that Russia would “regard the use of a dirty bomb by the Kiev regime as an act of nuclear terrorism.”

Russia has already warned high-ranking officials from Türkiye, the US, the UK, and France about the possibility of a nuclear incident. All of them except for Ankara refuted what they called the “blatantly false allegations,” adding that this “should not be used as a pretext for greater escalation.” Kiev has also denied Moscow’s allegations. Ukrainian President Vladimir Zelensky noted that the only side capable of launching an attack using nukes is Russia itself.