Home / WORLD / US diplomat at center of railway sign theft scandal was flown back by Washington to avoid facing charges in Russia, Moscow claims

US diplomat at center of railway sign theft scandal was flown back by Washington to avoid facing charges in Russia, Moscow claims 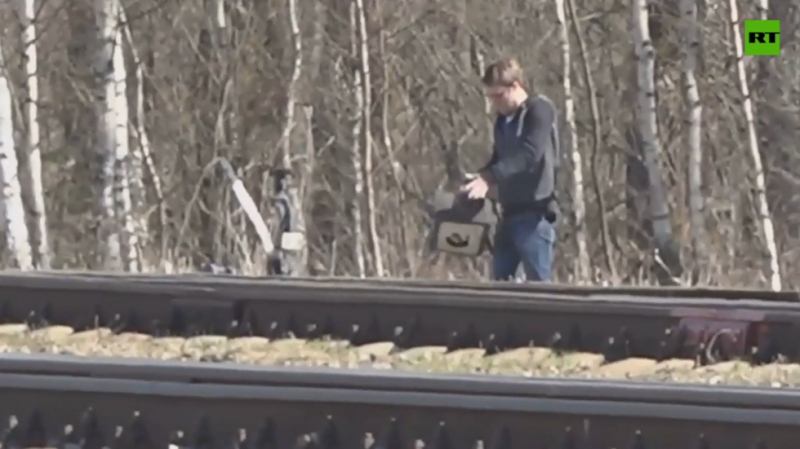 Speaking as part of an interview with a news program broadcast on YouTube on Tuesday, Foreign Ministry spokeswoman Maria Zakharova explained that the Russian government had issued a protest to Washington over the incident, which took place last spring.

The Foreign Ministry had announced the day before that the authorities had evidence confirming that an employee of the US diplomatic mission in Moscow was behind the theft of a railway pointer signal from a junction outside a station in Ostashkov, near the Central Russian city of Tver. A video clip, made exclusively available to RT, shows the man alleged to be an American diplomat snapping off the indicator. Officials say it was a vital piece of infrastructure and its removal threatened the lives of train passengers.

According to Zakharova, Washington decided to recall the embassy employee concerned “because it would have been necessary to dispense with diplomatic immunity,” given the formal note of protest from Moscow. She added that law enforcement agencies in the country had also issued requests to investigate the incident. Rather than co-operate with the investigation, “they just sent him home,” she said.

While official requests for comment at the American embassy have gone unanswered, the NTV news station has named the American diplomat at the heart of the row as Parker Wilson, citing anonymous sources. A user with the same name has a substantial portfolio of Russian railway photos hosted on a website for train enthusiasts, including a number shot at Ostashkov, where the incident took place. In the clip of the alleged theft, the suspect can be seen carrying a camera over his shoulder.

Zakharova previously drew a parallel between the case and ‘The Malefactor’, by Russian playwright Anton Chekhov, in which a man stands accused of stealing metal nuts from the railway. However, “for all the curiosity of the situation, and the similarity of its plot with the story,” Zakharova said, “the danger to which the American exposed the lives and safety of train passengers is not at all funny.”