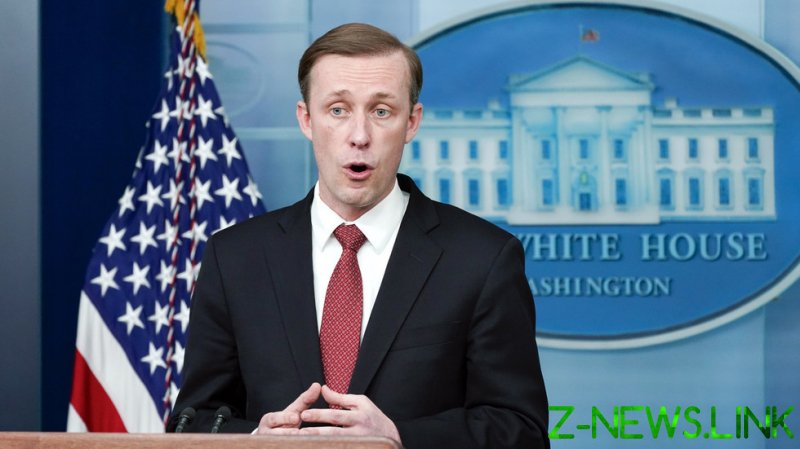 The White House announced on Friday it believes Russia has everything in place to invade Ukraine “any day now,” urging American citizens to leave because there is no chance of a US military evacuation such as the one from Afghanistan.

President Joe Biden’s national security adviser, Jake Sullivan, told reporters that “an invasion could begin at any time” should Russian President Vladimir Putin give the order, and could even “begin during the Olympics.”

Urging all American civilians to leave Ukraine while they can still use commercial travel means, Sullivan warned there is “no prospect of a US military evacuation in the event of a Russian invasion.”

An invasion by Russia “is likely to begin with aerial bombing and missile attacks,” while the subsequent ground attack would disrupt communications as well. “No one would be able to count on air, rail, or road departures once military action got under way,” said Sullivan.

Sullivan’s phrasing matched that of PBS National Security correspondent Nick Schifrin, who shortly before the White House press conference cited anonymous US officials to claim that Russia had in fact decided to attack. When asked about these reports, Sullivan said he had “not yet seen” them but they were wrong, and that the White House does not believe Russia has made a decision either way.

Pressed to provide details, Sullivan said the US intelligence community has assessed that Russian troop build-up near Ukraine suggests a “very distinct possibility that Russia might choose” to take military action “on a reasonably swift timeframe,” adding there is a “credible prospect” that this might happen in the coming days.

The intelligence community has “sufficient confidence” that there is a “distinct possibility” Putin “might” order an invasion before February 20, Sullivan told reporters, and that a “rapid assault on the city of Kiev” is considered a possibility.

He also repeated State Department spokesman Ned Price’s claim that Russia is working to fabricate a pretext for invasion with a “false flag operation” in eastern Ukraine. Just like Price, Sullivan offered no evidence for the claim.

Moscow has repeatedly rejected US allegations it plans to invade Ukraine as “fake news.”