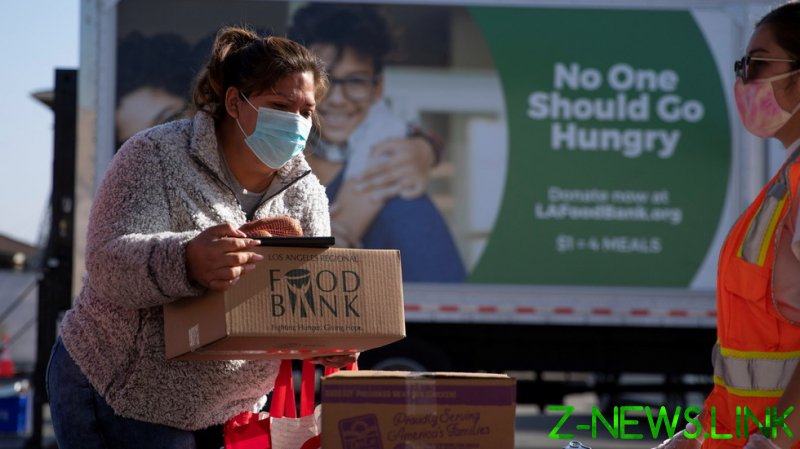 The long-awaited second coronavirus relief package, revealed on Monday, is shot through with problematic aspects that favor large corporations, including liability protection if the employer was “trying to conform to public health standards and guidance.” Opponents have argued this means letting the rich get away with murder as long as they can claim they meant well.

The liability shield for corporations has been pushed by Republicans for months, even though the surge of Covid-19-related lawsuits predicted by Senate Majority Leader Mitch McConnell and his colleagues to justify such a measure has not materialized. Even the “compromise” version of the bill allows the Justice Department to prosecute lawyers who attempt to sue on behalf of clients exposed to the virus, a move likely to dampen any attempts by cash-strapped workers to hold their employers responsible.

Instead, corporations could only be held responsible in cases of “gross negligence” — a standard, worker advocates like the National Employment Law Project have claimed is almost guaranteed to “lead to more illness and death.”

Progressive outlet the Daily Poster agreed, warning the legislation copied nearly word for word the controversial measure passed by New York Governor Andrew Cuomo earlier this year to shield his own government from responsibility for tens of thousands of nursing home deaths allegedly brought on by an executive order forcing the facilities to admit coronavirus-positive patients.

Replicating that paradigm nationwide would “shield employers and healthcare industry executives from legal consequences when their business decisions injure or kill workers, customers, and patients” during the pandemic, they warned on Tuesday. Former National Labor Relations Board official Michael Duff echoed the warning, stating that the proposed legislation would “substantially immuniz[e] businesses from risky conduct.”

As the clock runs out on Covid-19 aid, passed with March’s CARES Act bailout, lawmakers are scrambling to secure a second stimulus bill, but Democrats and Republicans have been unable to agree on most of what that bill should include. If the year ends without further relief, a sweeping eviction moratorium will expire, potentially throwing millions of Americans out onto the street, with unemployment benefits severely curtailed.

While taxing the rich is not on the table for either party’s leaders, the profits made by 651 American billionaires over the course of the pandemic alone would pay for a $3,000 stimulus to every US resident and then some, leaving the super rich’s pre-pandemic fortunes intact.