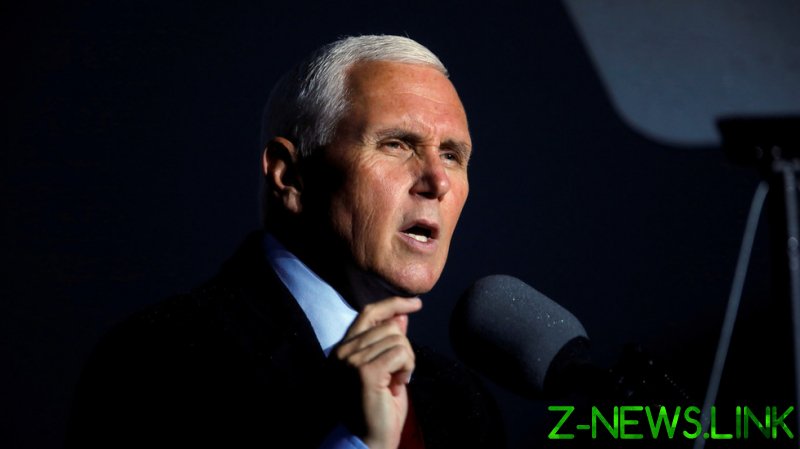 US District Judge Jeremy D. Kernodle ruled on Friday that Texas GOP Representative Louie Gohmert and 11 Arizona Republicans can claim “at most an institutional injury to the House of Representatives,” when they argue that some sections of the 1887 Electoral Count Act violate the 12th Amendement, which stipulates the formal procedure for electing the president.

In the lawsuit, Gohmert argued that “he will not be able to vote as a Congressional Representative” if Pence is bound by the act, asking the court to give the VP, who will preside over the counting of votes on January 6, “exclusive authority and sole discretion” to decide what votes – cast for Biden or for Trump – should count in battleground states.

The lawsuit hardly stood a chance, with the DOJ lawyers dubbing it a “walking legal contradiction.” They argued that the plaintiffs misfired by choosing Pence as their target, saying that he was “the wrong defendant” in the case.

The defeat of the lawsuit, seen as another nail in the ongoing effort by staunch supporters of President Donald Trump to challenge the US presidential election outcome, comes less than a week before Congress convenes to formally count the votes cast by electors on January 6.

Trump has not publicly acknowledged Democrat Joe Biden’s victory. The Republican’s campaign continues to race against time, filing yet another lawsuit which seeks to void the outcome of the presidential election in the state of Wisconsin as recently as on Thursday. While Trump’s campaign and his Republican allies have filed over 50 motions in swing states, alleging voting irregularities on a large scale, few have been successful and the vast majority of the cases were thrown out by courts.