Home / WORLD / US concerned about radicals traveling to Ukraine – Politico

US concerned about radicals traveling to Ukraine – Politico 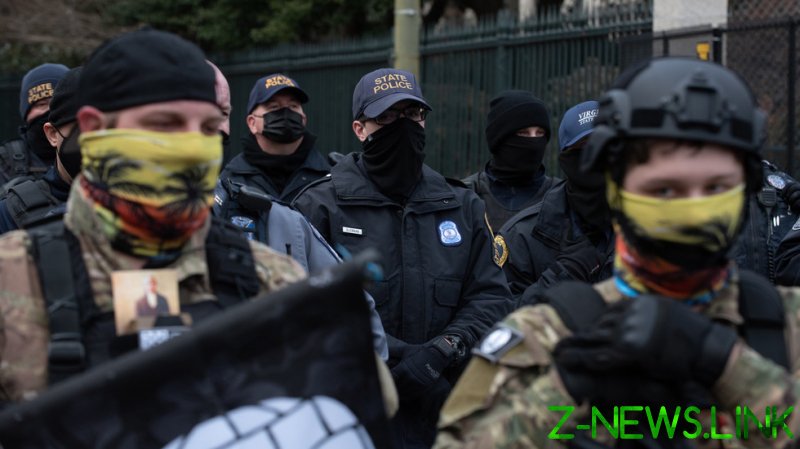 US militants traveling to Ukraine in order to join the fight against Russian forces are reportedly being interrogated at airports across the country by the US Customs and Border Protection (CBP), a division of the Department of Homeland Security.

The agency is concerned about “violent extremist white supremacists” returning home with battlefield experience, according to an unclassified intelligence bulletin obtained by the government watchdog group People’s Property last week and cited by Politico.

The bulletin was prepared by the CBP and titled ‘United States Citizens Joining the Fight for Ukraine’ and is dated March 7, just over a week after Russia launched its military offensive.

The document shows that the US government has been gathering information about Americans who had attempted to travel to Ukraine and continues to monitor their activity after they returned back home.

US citizens, including those with previous service in American security services, will “continue to attempt to depart the US with the intention of fighting alongside the international legion of territorial defense of Ukraine to fight in the armed conflict against the Russians,” the report states. 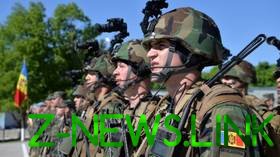 The document then draws attention to the fact that some of these individuals might be attempting to join up with the Azov battalion, which the bulletin states is a Ukrainian nationalist group that is “actively recruiting racially or ethnically motivated violent extremist-white supremacists(RMVE-WS) to join various neo-Nazi volunteer battalions in the war against Russia.”

The document goes on to provide a definition of the Azov battalion, describing it as a “far-right all-volunteer infantry military unit whose members – estimated at 900 – are ultra-nationalists and accused of harboring neo-Nazi and white supremacist ideology.” The CBP bulleting adds that Azov was formed out of two ultra-nationalistic and neo-Nazi groups who “engaged in xenophobic and neo-Nazi ideals and physically assaulted migrants, the Roma community and people opposing their views.”

CBP then details the questioning of six unnamed Americans who were traveling to Ukraine with the intention of joining the conflict. Five of them had been stopped and questioned by CBP officers at JFK Airport in New York and a baggage check was conducted on the sixth individual.

One of the men was revealed to be a former leader of the right-wing Boogaloo militia in Virginia, while another was a Marine veteran who apparently intended to join the Azov battalion along with his friend, also a US military veteran and an active-duty police officer. Border Control officers searched both men’s baggage and found military equipment such as body armor plates, gun slings, military-style clothing, M4 rifle parts and optics.

Another American noted in the document had previously served in the French Foreign Legion and also tried to join the fight against ISIS. A search of his electronic device showed that he had also attempted to join “the armed conflict in Burma, Syrian National Defense Forces, and several other groups.” The individual told the CBP that he planned to travel to a Kiev sports complex that operates as a training base for people hoping to join Azov. 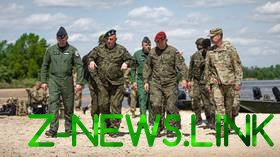 READ MORE: US reveals record number of its troops in Poland

The document makes no mention if the other two US citizens they stopped had any connections to far-right groups, and does not make it clear if any of the interrogated individuals actually reached Ukraine.

The bulletin concludes with a list of so-called “intelligence gaps,” which are questions that the CBP doesn’t have answers to. These include “how many people would travel from the US to Ukraine to fight”, “what groups they would try to join”, “what strategies they would use to avoid detection by law enforcement,” and finally, “what kind of training are foreign fighters receiving in Ukraine that they could possibly proliferate in US based militia and white nationalist groups?”

It’s unclear what law enforcement might have to do with Americans traveling to Ukraine to fight, as it is not explicitly illegal for US citizens to join the Ukraine conflict, and no Americans have been known to face criminal charges for participating in the military conflict so far.