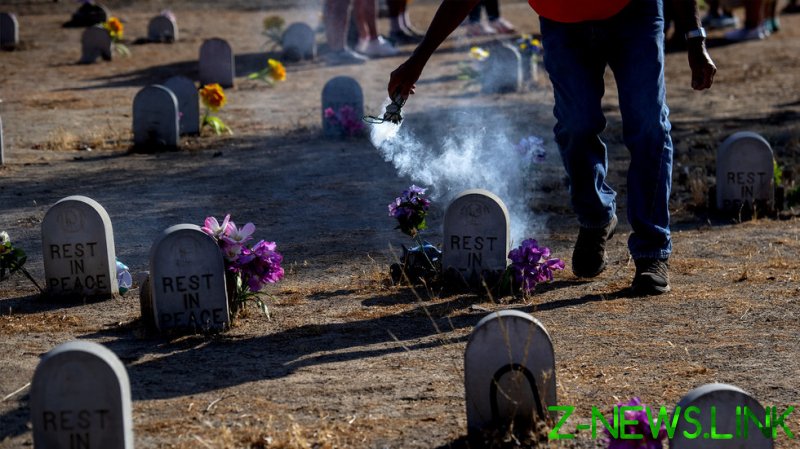 Nearly 500 pupils died while attending federal boarding schools aimed at assimilating Indigenous children, according to an investigative report published by the US Department of the Interior on Wednesday. The findings suggest that, from 1819 to 1969, several generations of Native American kids were separated from their parents and placed into boarding schools, where they were deprived of their Indigenous names and forbidden to speak their native languages or exercise customary religious practices. The goal was to annihilate Indigenous cultures.

The boarding schools’ curriculum consisted mainly of military training and learning outdated pre-industrial-era professions. Dressed in strict uniforms, with their hair cut short, many of those kids suffered emotional, physical, and even sexual abuse at the hands of their supposed caregivers.

According to the report, solitary confinement, whipping, malnourishment, and harsh manual labor were standard practices. As a result, the investigators claimed that hundreds of kids died while attending these schools. The real number of deaths, which will be discovered upon further investigation, is expected to be in the tens of thousands. 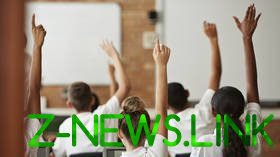 The first Native American to serve as the Secretary of the Interior, Deb Haaland, has argued that the US government should do everything possible to repay Indigenous communities for the damage it inflicted on them.

“The consequences of federal Indian boarding school policies – including the intergenerational trauma caused by the family separation and cultural eradication inflicted upon generations of children as young as four years old – are heartbreaking and undeniable,” she said.

“We continue to see the evidence of this attempt to forcibly assimilate Indigenous people in the disparities that communities face. It is my priority to not only give voice to the survivors and descendants of federal Indian boarding school policies, but also to address the lasting legacies of these policies so Indigenous peoples can continue to grow and heal.”

The document, published on Wednesday, is only the first volume. Further efforts to investigate alleged crimes against Native American children will proceed under the auspices of Assistant Secretary for Indian Affairs Bryan Newland.