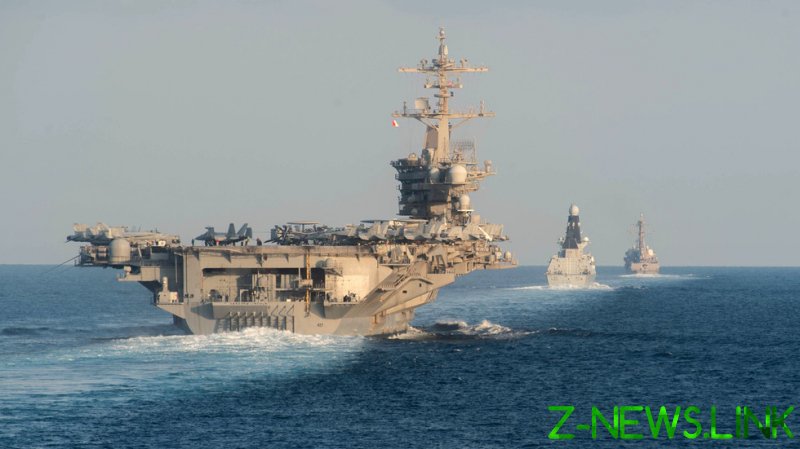 “Earlier today a large group of IRGCN fast boats conducted unsafe and unprofessional maneuvers and failed to exercise due regard for the safety of US forces as required under international law,” Pentagon Press Secretary John Kirby told a news briefing on Monday.

Kirby said the 13 fast attack boats approached US vessels at “high speed,” coming as close as 150 yards (450 feet) to six US Navy vessels that were escorting the guided-missile submarine USS Georgia through the Strait of Hormuz.

He said a US Coast Guard cutter fired around 30 warning shots from a .50 caliber machine gun at the Iranian vessels after other warnings, including radio communication and horn blasts.

After the second round of shots as the boats allegedly came closer to the US fleet, the Iranian vessels left the area, Kirby added. Iranian officials have not commented on the claims.

This latest encounter is the second such incident with IRGCN ships reported by the US Navy in the last fortnight.

Late last month, the US Fifth Fleet said in a statement that Iranian vessels had come within 68 yards (204 feet) of the USS Firebolt patrol boat and another American ship in the Persian Gulf, north of the Strait of Hormuz.

According to the statement, the Iranian ships failed to heed radio and loudspeaker warnings and only dispersed to a safe distance after the Firebolt’s crew fired warning shots.

The developments come as US and Iranian negotiators are taking part in delicate indirect talks in Vienna to revive the 2015 JCPOA nuclear deal.