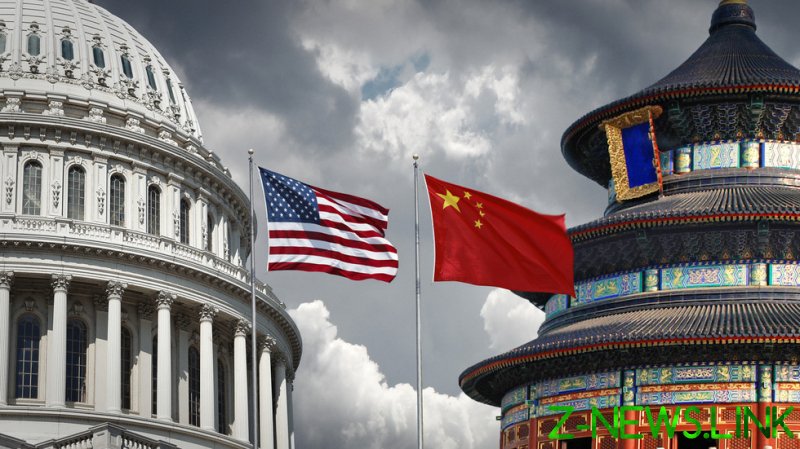 During his first press conference as the US President, Joe Biden opted for what he described as the “foreign policy priorities” of both China and North Korea. Stating that he knew Chinese premier Xi Jinping well from his days as Vice President, he called him a “smart guy” but added that he “doesn’t have a democratic bone in his body.”

He then spoke about “stiff competition,” vowing to “build alliances” that challenge Beijing and push back against China on a number of fronts. “They have an overall goal…to become the leading, wealthiest and most powerful country in the world,” Biden said, adding that he’s not going to let it happen on his watch. The president framed the situation as a 21st century battle of autocracies vs. democracies, vowing to “never back down from speaking  out on what’s happening” with the  Xinjiang Uygur Autonomous Region and Hong Kong.

The comments are not surprising yet hardly reassuring, after a controversial week regarding China and territorial issues, which has seen a backlash over sanctions concerning the Xinjiang region, ultimately leading to angry boycotts over western fashion brands H&M, Nike and more.

Although Biden has specifically rested on the term “competition” and not “confrontation” when talking of China, how easy is it to distinguish such claims from what is actually really happening? And how truly different is Biden’s policy from Trump’s? It’s not as inflammatory or recklessly callous, but the principle remains the same: attempting to contain China’s rise and development which is perceived as a challenge to the international order, just with a different aesthetic.

American foreign policy has changed, the world has changed. If the Trump administration set out to strategically reorientate the US focus in a different direction, then on all counts they have succeeded, no matter how much contempt we may have for that. The “era of openness” that started with Richard Nixon’s meeting with Communist leader Chairman Mao Zedong in Beijing in 1972, and commenced a newly found cooperation between America and China, is never coming back.

The new US presidency has so far not been fond of opting for the inflammatory “cold war” position that Donald Trump’s Secretary of State Mike Pompeo had advocated, whereby he called out “The Communist Party” on a daily basis, yet the fundamental doctrine of “great power competition” at the center of America’s outlook is unwavering and bipartisan. America’s quest for unchallengeable hegemony remains a constant of their political system, irrespective of who sits in the Oval Office.

What has changed is the manner, more so than the substance. Whereas the Trump administration advocated a strategy of unilateralism, aiming to browbeat allies into following on China and focusing on physical power, Biden has chosen a multilateral method whereby he strives to coordinate groups of countries against Beijing, united on common values and objectives. This may seem more daunting for China, but it is of course not without its pitfalls, as it potentially dilutes the strength of the given actions, even if it opts for unity as opposed to taking huge risks. The sanctions imposed this month by the US, UK, EU and Canada on China over alleged human rights violations in Xinjiang – which Beijing strongly denies – is a sign of things to come on this front. Although, as I’ve pointed out, it’s more style than substance, but this is Biden’s grand vision.

However, this does not mean the policy will be any more of a force for stability than Trump’s approach. In fact, it may, paradoxically, be worse because it involves the much more linear division of the world into de-facto blocs as opposed to the former administration’s largely “go it alone” approach.

China’s viewpoint can hardly be more secure when it is made to feel like the United States is attempting to wage a multi-pronged containment effort against it, especially on issues of sensitivity and territorial matters, including Hong Kong, Taiwan, Xinjiang et al.

The boycott that H&M, Nike and others are facing now over Xinjiang cotton “concerns” shows that China is prepared to hit back hard, whip up fury and, wherever possible, impose costs on those willing to take this path. The response over Xinjiang increasingly seems like China is switching into “war mode” towards western criticism and sanctions. Therefore, Biden’s self-proclaimed unwillingness to back down produces the very thing he vows to also avoid – confrontation.

In this case, the end of the Trump years can only be seen as a game changer in visuals, but not in terms of the fundamental new normal in China’s relations with America and, to an extent, the whole West. The manner in which Trump exited the presidency and the damage he has dealt to the US reputation has also compounded this problem by giving Biden “something to prove,” a feeling that America is weak, disorientated or lacking and, therefore, is obligated to hit back as hard as possible, opting for hawkish responses on every single front, be it China, Russia or North Korea. In essence, Biden presents himself as a stable pair of hands, yet the inherent instability his predecessor has inflicted on US foreign policy persists.