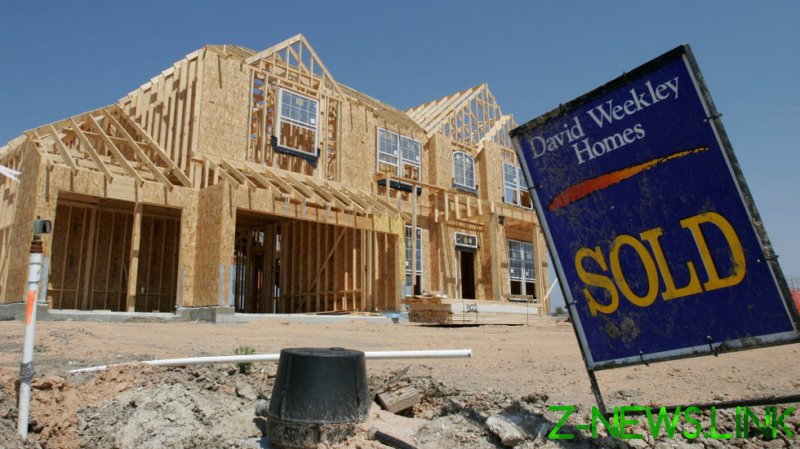 The Federal Reserve Bank’s Dallas branch has warned of a “brewing US housing bubble,” saying that prices have surged beyond levels justified by market fundamentals, creating risk of a market collapse.

“There is growing concern that US house prices are again becoming unhinged from fundamentals,” Fed economists said in a research report posted earlier this week. “Our evidence points to abnormal US housing market behavior for the first time since the boom of the early 2000s,” they added.

That boom preceded a market bust, triggering the 2007-2009 global financial crisis. However, if the current bubble bursts, it wouldn’t likely cause as much economic fallout because consumers aren’t as financially overextended as they were in the early 2000s, and excessive borrowing doesn’t appear to be fueling the current price rally, the Fed said.

The bank attributed the possible bubble partly to low interest rates and a supply-demand imbalance. The median US home price has jumped 14% in the past year, to $405,000, following a similar increase in 2020, according to a report this week by Realtor.com. For every five homes available for sale at the onset of the Covid-19 pandemic in 2020, there are only two listings offered today.

And just as they did in the early 2000s, buyers are betting that prices will always rise, so they must compete for the homes available or miss out on the real estate wave. Higher prices “may have fueled a fear-of-missing-out wave of exuberance involving new investors and more aggressive speculation among existing investors,” the Fed said.

The Fed uses a statistical model to track buyer exuberance and identify overheated markets, with a 95% confidence level typically signaling “abnormal explosive behavior.” The measure is currently at 115%, marking its highest level since around 2007. The bank has observed decoupling of housing prices from market fundamentals by other measures, including price-to-rent and price-to-income ratios.

The 2007-2009 crisis came when price gains stalled, pulling the rug out from securities backed by mortgages given to buyers who couldn’t afford to make their payments. One potential bubble burster this time around could be mortgage rates, which are rising at the fastest pace in more than a decade and are at a three-year high, squeezing many prospective buyers out of the market.