Home / WORLD / US Capitol Police call for National Guard to be deployed for another TWO MONTHS, citing threats – media

US Capitol Police call for National Guard to be deployed for another TWO MONTHS, citing threats – media 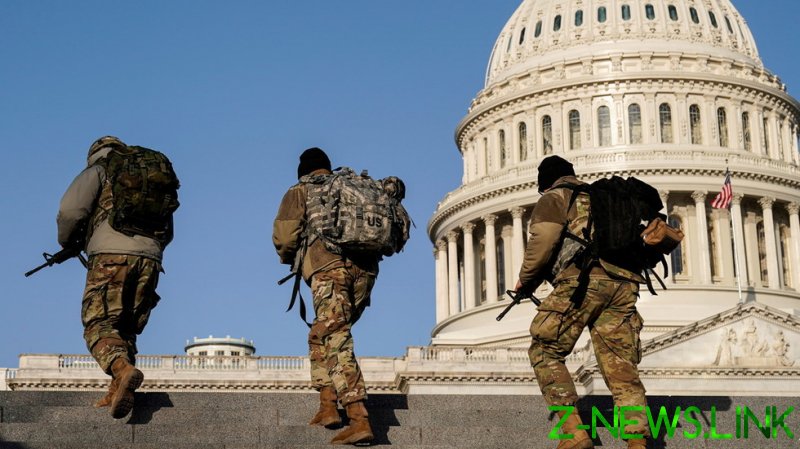 Capitol Police made the request for the 60-day extension to the National Guard’s deployment to Washington DC within the last 36 hours, Rep. Elissa Slotkin (D-Michigan) told the Associated Press on Thursday. The Guard is reportedly seeking volunteers to fill the post while waiting for the Pentagon’s approval.

Officers were said to be on high alert on Thursday regarding a “possible plot” by an unnamed militia group to storm the Capitol yet again. Intelligence agencies claimed the plans were linked to the QAnon conspiracy theory, which – with vanishingly few options left to convince its followers that Trump is still in the running – has claimed the ex-president will rise to power on March 4th.