US Capitol on lockdown after vehicle rams into 2 police officers, suspect in custody (WATCH LIVE) 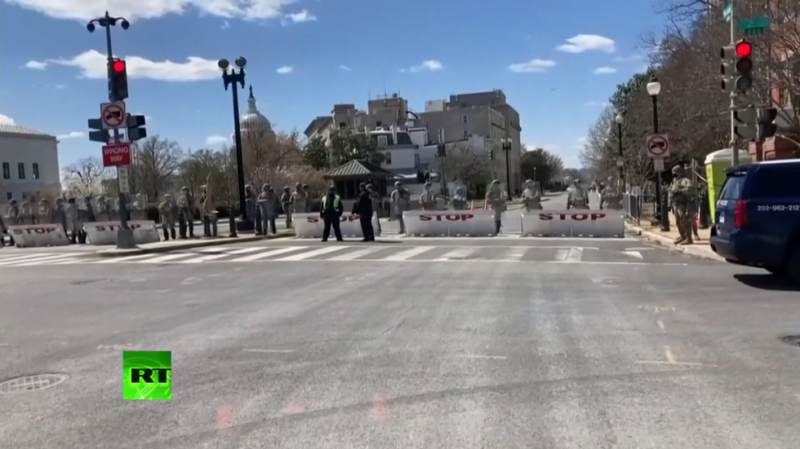 “Someone rammed a vehicle into two” officers at the checkpoint on Constitution Avenue shortly after 1 pm on Friday,  Capitol Police said. “A suspect is in custody. Both officers are injured. All three have been transported to the hospital.”

Video from the scene showed a black car smashed against one of the security barriers.

Reporters inside the Capitol filmed a US Park Police helicopter touching down on the lawn outside the east entrance. It wasn’t clear whether it was a medical evacuation aircraft or not, however.

The shots that were reported earlier seem to have been the officers opening fire and injuring the suspect.

The original Capitol Police statement incorrectly placed the incident on Independence avenue, before they sent out a correction. The checkpoint is on the northeast side of the Capitol, between the main building and the Russell Senate office building.

Friday’s incident is the first real security threat – there have been several “suspicious package” alerts that turned out to be false alarms – since the January 6 riot, when a crowd of supporters of President Donald Trump interrupted the joint session of Congress meeting to certify the election of Democrat Joe Biden as president. Democrats denounced the riot as an “insurrection” and sought to impeach Trump over it even after he left office.

Some 25,000 National Guard troops were deployed to safeguard Biden’s inauguration and the Capitol from “threats” that never materialized. An outer perimeter fence topped by razor wire was only recently removed from around the Capitol.