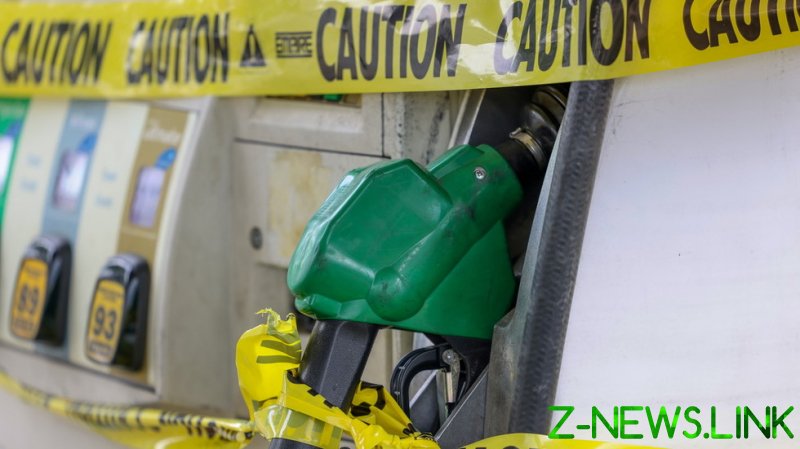 The six-day shutdown of the Colonial Pipeline network, the biggest fuel-carrying infrastructure facility in the United States, which supplies almost half of the gasoline and diesel that the East Coast consumes, was prompted by a ransomware cyberattack. The attack forced the Colonial Pipeline Company, the pipeline’s operator, to halt supplies to the entire network for nearly a week, which sent prices to their highest in years. The average national gasoline price has jumped to almost $3.04, the highest since October 2014, the American Automobile Association said.

According to data by GasBuddy, 14,144 gas stations overall were experiencing outages as of Friday, down from a peak of 16,200. There were modest improvements in some states, though in North Carolina, about 65% of gas stations were without fuel, while in Virginia, South Carolina, and Georgia, just under 50% were empty.

“Most of these states/areas with outages have continued to see panicked buying, which is likely a contributing factor to the slow-ish recovery thus far,” GasBuddy’s head of petroleum analysis, Patrick De Haan, was quoted as saying by Reuters. “It will take a few weeks,” he added.

Colonial Pipeline announced late Thursday that it had relaunched its entire pipeline system linking refineries on the Gulf Coast to markets along the eastern seaboard. The company’s spokeswoman said that on Friday evening, the pipeline was shipping at normal rates based on shipper nominations.

At the same time, US lawmakers reintroduced legislation to support efforts by the Department of Homeland Security to secure pipelines and pipeline facilities from cyberattacks.