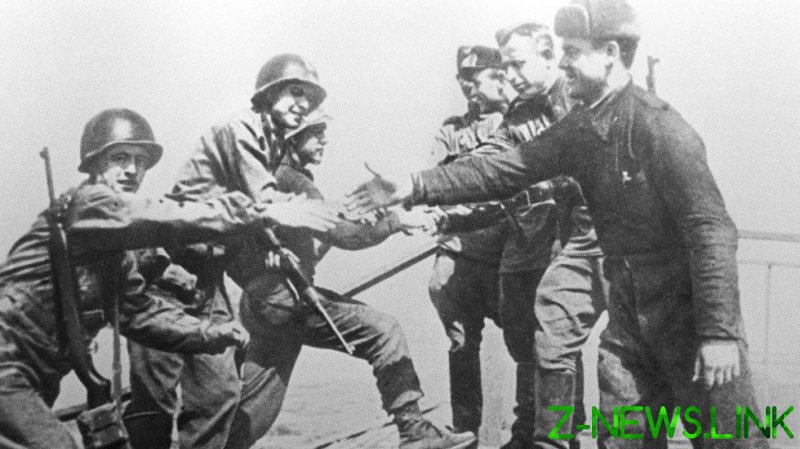 The US authorities have canceled this year’s ceremony in memory of the meeting of Soviet and American soldiers on the Elbe in 1945, which takes place annually at the Arlington Cemetery near Washington at the “Spirit of the Elbe” memorial, Russian Ambassador to the United States Anatoly Antonov has told the media.

“It was refused to hold such events. Purely formally [they were cancelled by] Arlington Cemetery, but we were clearly told that [this happened based] on the recommendation of the State Department. We understand this reaction due to the Russophobia that is deployed today in the United States”, he said.

Russian diplomats, their counterparts from the CIS countries, World War II veterans and American officials previously laid wreaths at the memorial every year.

In 2020, the then-US President Donald Trump and his Russian counterpart Vladimir Putin said in a joint statement that “the ‘Spirit of the Elbe’ is an example of how our countries can put aside differences, build trust, and cooperate in pursuit of a greater cause.”

The meeting of Soviet and American troops near the city of Torgau on the Elbe took place on April 25, 1945. This event became one of the main symbols of the common efforts of the countries of the anti-Hitler coalition in the victory over Nazism.

A memorial bronze plaque depicting Soviet and American soldiers shaking hands on the Elbe Bridge was installed at Arlington Cemetery in April 1995 to commemorate the 50th anniversary of the event.