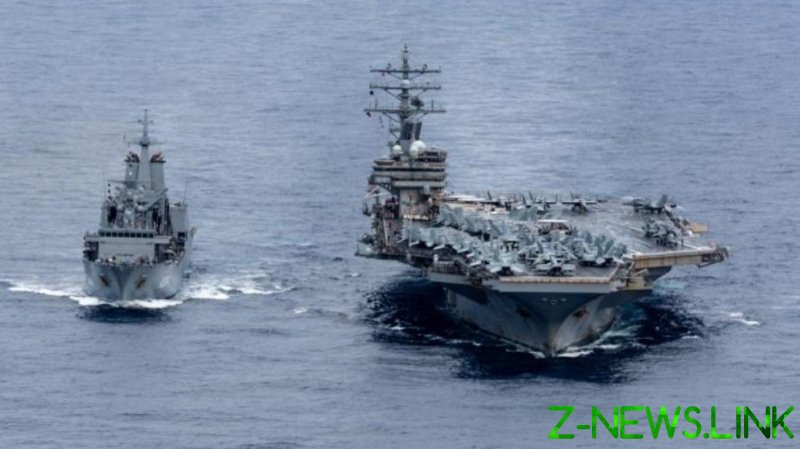 The US military is set to expand its presence in Australia, with Defense Secretary Lloyd Austin announcing new troop and vehicle deployments while accusing China of undermining “peace and stability” in the region. The move comes soon after Beijing denounced Washington for promoting “nuclear proliferation” under a deal reached with Canberra last year.

In a joint statement issued following meetings between Austin and his Australian counterpart on Tuesday, the two countries agreed to station additional American troops on the continent, saying Washington would bolster its land, sea and air forces in order to counter Beijing.

“The United States and Australia share a vision of a region where countries can determine their own futures. Unfortunately, that vision is being challenged today,” Austin told reporters after the meeting, going on to claim that “China’s dangerous and coercive actions throughout the Indo- Pacific, including around Taiwan, and toward the Pacific Island countries and in the East and South China Seas, threaten regional peace and stability.”

READ MORE: China makes atomic accusation against the US

The US military chief offered few details about the new deployments, but said the Pentagon would “expand locations” for US Army and US Marine Corps troops in Australia to “strengthen [the] US land presence.” He also called for “more responsive and resilient rotations of US aircraft,” including bombers and fighter jets.

While Austin did not specify the type of aircraft that would be sent, his remarks come weeks after sources claimed that Washington was preparing to send six nuclear-capable B-52 bombers to Australia’s northern region, which frequently hosts thousands of US troops for joint drills.

The officials also committed to further military collaboration with “Japan, India and regional partners,” and called on Tokyo to boost its own force posture in Australia. They said the latter move was agreed to at the latest  Australia, Japan and United States Trilateral Defense Ministers’ Meeting held earlier this year.

Beijing has yet to comment on the upcoming deployments, but has repeatedly denounced US military expansion into the Indo-Pacific, including regular show of force missions with American warships in the contested Taiwan Strait and elsewhere in the South and East China Seas.

China “will never seek hegemony or engage in expansion,” Tan added, arguing that Washington has “fanned the flames everywhere for its own self-interest, creating divisions and confrontations in the world, and bringing turmoil and disasters wherever it went.”