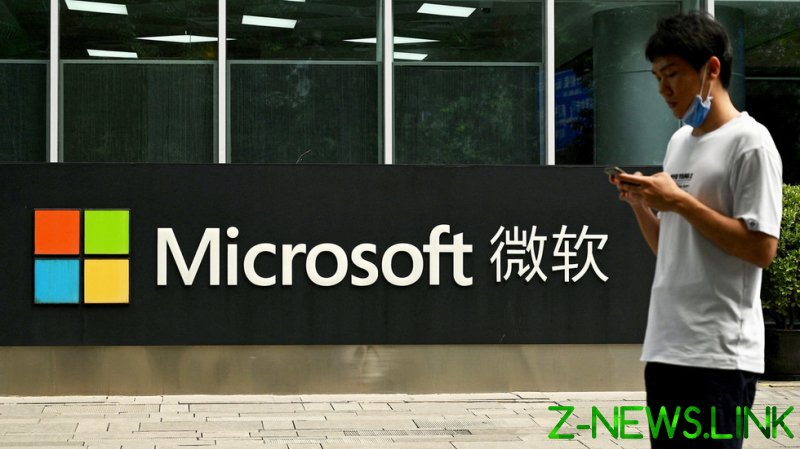 On Monday, the United States, the United Kingdom, and the European Union accused China of being behind a hack of Microsoft’s servers in March.

Without evidence, the allies said Beijing had been involved in “malicious cyber activity,” although they stopped short of implementing any sanctions. China responded by calling the US the largest instigator of cyberattacks in the world.

The move, led by the US, might be described as deliberately and conveniently timed political theatre, as it coincidentally knocked another emerging cyber scandal out of the headlines.

Just hours before this announcement, a number of newspapers, including The Guardian, had published evidence that highly advanced Israeli spyware called Pegasus – which can infect smartphones and intercept messages, emails, and other communications – had in fact been used on an industrial scale to target activists, journalists, and lawyers around the world.

The program is named Pegasus because it can be installed through the air without needing physical access to the target’s phone. Victims named so far include up to 200 people, many of whom are prominent reporters working for the likes of CNN, the New York Times, and Al Jazeera. The software has been employed by a host of countries, including in Narendra Modi’s India, where it was used to spy on leader of the opposition Rahul Gandhi as well as a number of other politicians. It was also linked to the murder of Saudi journalist Jamal Khashoggi.

Of course, these revelations will only be the tip of the iceberg. While the scandal has predictably revolved around a series of small authoritarian states and, so far, has low geopolitical implications, the reporting seems to gloss over the fact that Pegasus is meant to be only sold to Western intelligence agencies, and the fuss is more about the ‘wrong’ countries using it rather than how it is likely used to serve the US and its allies. It has even been claimed developer NSO Group was owned by a US venture capital firm.

Yet all this might miss the more significant point that there are dozens of programs that serve these kinds of functions, including those used by the National Security Agency (NSA) of the United States, as this 2019 article sets out. So why wouldn’t it use Pegasus? And it makes you wonder, how many other times have programs such as these been used under the false pretence of ‘human rights’ and ‘national security’ in order to spy on various individuals and groups?

Somewhat predictably, despite America supposedly backing the principle of freedom of the press, Washington and its allies were silent on this shocking revelation, and seemingly instantaneously started to hurl allegations against Beijing to move the news cycle onwards – a tactic that appears to have worked.

But beyond talk of deflection, there are some strategic reasons for attacking China in this manner, too. Joe Biden’s administration fears it is starting to lose the initiative on China among allies and is desperate to try to isolate Beijing further through the tactic of ‘coalition-building’ against it. In addition, it is also determined to try to discredit Chinese technology by linking it to allegations of espionage and malicious behaviour in order to promote public distrust. For example, this Microsoft hack story complements the long-established campaign against Huawei.

But in reality, it is the US that operates the most sophisticated surveillance network in the world, and has capabilities in cyber warfare which are way more advanced than China’s.

The Israeli state – and its own technological prowess – is a keystone of this, as an acknowledged world leader in cutting-edge surveillance tech. That Israel could be implicated in the creation and sale of such malign equipment to ‘unapproved countries’ is not really a surprise, yet the Pegasus scandal will most likely be swept under the carpet and nothing will change.

It was ignored by the media at large that the European Union’s statement on this scandal was actually harsher than the largely benign one Washington had twisted it into making against China, showing the obvious political priorities at stake. But this should be a stark reminder that while hysteria is being propagated about China, it isn’t the one you should be worried about spying on you.

Very simply, this Microsoft stunt is a deflection, and so far there has been no plausible motive put forward as to why the Chinese state would be responsible for taking such a move. Assuming it was a criminal enterprise, why would it have to be enabled by a state?

Of course, it is very much an aspect of modern warfare and the world we live in for states to have sophisticated cyber capabilities. But the Microsoft allegations should be understood as a public relations stunt and an attempt to build unity against China by a Biden administration that increasingly resembles Donald Trump’s and is looking for any means to bash Beijing.

This Microsoft story does not have substance, but the Pegasus scandal does, and that’s why the US is keen to distract people from it. It is only a scandal because the ‘wrong’ governments have it – not that it is perfectly legitimate for Western governments to buy it and use it on their own populations as they please.