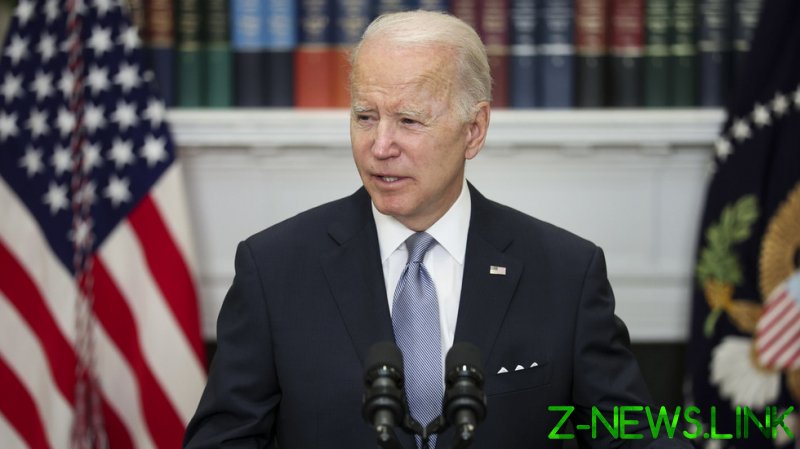 Washington will follow the lead of the European Union and ban all Russian-affiliated ships from docking at US ports, President Joe Biden announced on Thursday. This applies to all vessels flying the Russian flag, owned, or operated by Russian entities.

“No ship, no ship that sails under the Russian flag, or that is owned or operated by a Russian interest, will be allowed to dock in a US port or access our shores. None,” Biden said on Thursday morning at the White House, after meeting with the Ukrainian prime minister.

The EU banned Russian ships from its ports on April 6. Biden said the move intends to “deny Russia the benefits of [the] international economic system that they so enjoyed in the past.”

In addition to the port ban, Biden announced a program to let Ukrainians immigrate into the US directly, another $500 million in direct economic aid to Kiev – totaling $1 billion since February – and yet another $800 million in weapons, ammunition and equipment. The new aid will see “dozens of howitzers” and 144,000 rounds of ammunition sent to the Ukrainian military, Biden said.

The US is also sharing “significant timely intelligence” with Kiev and coordinating weapons shipments from allies and partners, “sending them directly to the front lines of freedom,” in Biden’s words. 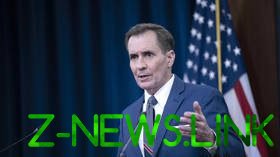 Some 18 towed howitzers, 200 obsolete armored personnel carriers and 100 humvees are already on the way to Ukraine, and the US military is training a small group of Ukrainian troops in their use, in an unspecified third country.

Russia has warned the West it would target any weapons systems sent into Ukraine – as it did the Slovakian S-300 missiles, which Biden brought up as an example of successful aid to Kiev, though they were reportedly destroyed earlier this month.

Biden claimed that Ukraine had won a “historic victory” in the battle for Kiev, with the help of weapons, intelligence and other assistance provided by the West. American taxpayers and troops can be proud that they “helped arm and repel Russia’s aggression in Ukraine,” he said.

Russian units that had approached Kiev from the west and the north in early March withdrew at the end of the month without a fight. Moscow’s negotiators in peace talks said this was a gesture of good will towards the Ukrainian side.

The conflict in Ukraine may go on for a very long time, and the most important thing is to maintain unity at home and abroad, Biden told reporters. It is the US responsibility to “hold the whole world together” in this fight, he added.

Biden also vowed that Russia “will never succeed in dominating and occupying all of Ukraine,” something Moscow said it never had any intention of doing to begin with.