Home / WORLD / US-Australia war games to go ahead, but will be half the usual size due to Covid-19 concerns

US-Australia war games to go ahead, but will be half the usual size due to Covid-19 concerns 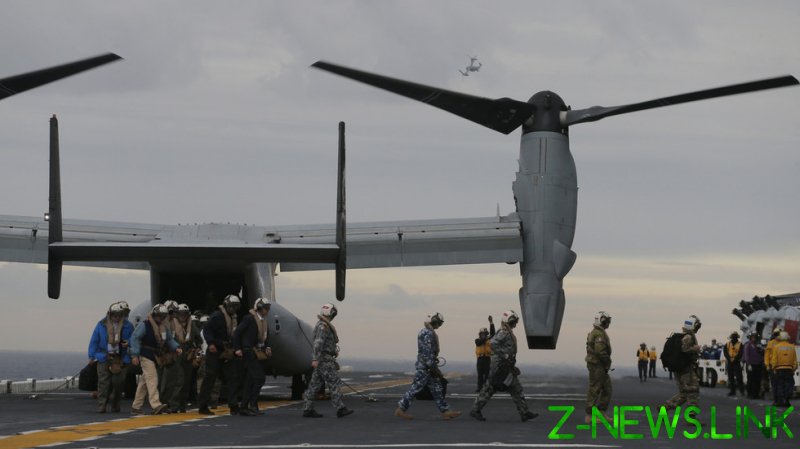 Speaking on Tuesday, the vice chief of the Australian Defence Force, Vice Admiral David Johnston, confirmed that the ‘Talisman Sabre’ war games in July would be limited to ensure a secure environment.

The US-Australia military exercise will be reduced to half its usual size, with around 17,000 troops participating, including 2,000 foreign forces. Anyone entering Australia to take part in the war games will be forced to first undergo a 14-day mandatory quarantine before being allowed into the country.

Johnson’s remarks were made at a Senate hearing, where he reassured politicians that “all of those who will come in onto Australian territory will have had to have gone through quarantine practices.”

Since the start of the pandemic, to reduce the domestic risk of the virus, Australia has maintained strict border restrictions, limiting who can travel and requiring individuals to quarantine and produce negative Covid-19 tests before they are allowed to enter the country.

While the military exercise is primarily a symbol of the US-Australian alliance, it does involve troops from other nations, including fellow Five Eyes members Canada, New Zealand and the UK, as well as Japan and South Korea.

The war games will take place amid a backdrop of increased tensions between China and other countries in the Indo-Pacific region. The situation has become fraught in recent months, as the West has been accusing Beijing of stepping up military activity in the area’s waters, while it says it is simply protecting its sovereignty, sovereign rights and jurisdiction over the territory.