US at risk of armed anti-police insurgency within FIVE YEARS, researcher claims 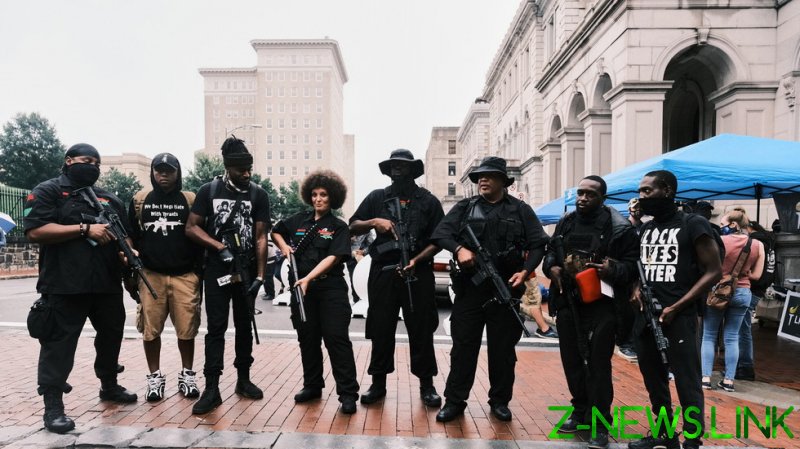 Oriola is the joint Editor-in-Chief of the African Security journal and associate professor at the University of Alberta. Based on his years of experience studying armed uprisings across the globe, he now believes that the US is potentially on the brink of disaster.

Without significant intervention and reform, Oriola believes the social conditions in the US may well lead to an armed insurgency within the next five years, and posits an anti-police insurgency as the most likely to occur.

After examining the development of the Zapatista uprising in Mexico, or militant insurgencies in the Niger Delta in Nigeria, Oriola believes were such an armed uprising to take place in the US, it would begin with disparate groups who would gradually form some sort of loose coalition with no centralized leadership. This decentralized power structure already exists in social justice movements like Antifa, for example.

Oriola highlights the fact that one direct root cause is insufficient for such armed uprisings to take shape, rather that a number of social, political and economic factors must coalesce simultaneously in order for the balance to tip in favor of organised insurgency.

He points to “transgenerational oppression of an identifiable group” as one such precursor which, combined with an overriding sense of ongoing injustice and numerous flashpoints of police brutality, provides sufficient kindling for the situation to reach the point of armed conflict.

Repeated group “radicalized” trauma in the form of police killings and other forms of brutality, combined with disproportionately bad healthcare outcomes for African Americans, in areas such as Covid-19 and cancer survival rates, add further fuel to the fire, in Oriola’s estimation.

These poor healthcare outcomes exacerbate the already precarious employment numbers among the African American community, which has consistently struggled economically throughout US history.

Oriola next highlights the disproportionately high rate of incarceration among the African American community as providing a willing and able source of recruits for any potential insurgency. Some estimates indicate that eight percent of the overall US population has felony convictions on their records, but this skyrockets to 33 percent when examining the African American community in isolation.

“Any anti-police insurgency in the U.S. will likely start as an urban-based guerrilla-style movement,” Oriola suggests.

He adds that attacks would be sporadic at first, and would employ small arms and Improvised Explosive Devices, predominantly targeting symbols of law enforcement.

This was to a certain extent already foreshadowed in the summer of 2020 in the wake of the murder of George Floyd, with numerous “autonomous zones” established in cities like New York, Seattle and Portland (Oregon), on top of months of riots sprawled across media coverage of the wider, mostly peaceful BLM protests.

To make matters worse, Oriola highlights the fact that the US has “the highest number of civilian firearms in the world, with 120.5 guns per 100 persons or more than 393 million guns.”

Worryingly, Oriola posits that, as the situation deteriorates, African American leaders will be powerless to stop the escalating violence as the government slowly comes to grips with the outbreak of an armed insurgency.

Oriola cites the words of Nelson Mandela during his trial in a South African court in 1963 as precedent for what may be about to occur in the US in the coming years:

“I did not plan it in a spirit of recklessness, nor because I have any love of violence. I planned it as a result of a calm and sober assessment of the political situation that had arisen after many years of tyranny, exploitation, and oppression of my people….” Mandela said, prior to his incarceration.

“We chose to defy the law. We first broke the law in a way which avoided any recourse to violence; when this form was legislated against, and then the government resorted to a show of force to crush opposition to its policies, only then did we decide to answer violence with violence.”

Oriola cautions, however, that such a (for now) hypothetical US insurgency is not inevitable and is, in fact, avoidable with sufficient police and criminal justice system reform. He also suggests that the outcome of the Derek Chauvin trial for the alleged murder of George Floyd will prove crucial to the trajectory of the socio-political situation in the US for years to come.