Home / WORLD / US Army not ready to ‘fight tonight,’ internal survey suggests, as Pentagon insists everything is fine

US Army not ready to ‘fight tonight,’ internal survey suggests, as Pentagon insists everything is fine 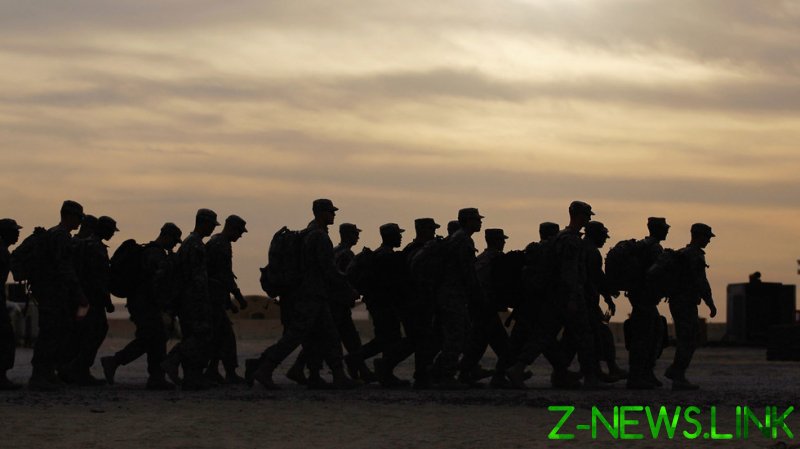 Some 5,400 soldiers and civilians were asked if their unit was ready to deploy, fight and win anywhere in the world. Only 14% said yes, immediately. Another 13% said they would need more time, such as a week (3%) or a month (4%), according to a report by Foreign Policy on Tuesday.

There was a noticeable gap between generals, 40% of whom were confident of immediate deployment, and warrant officers, where that number was just under 20%.

Foreign Policy obtained the results of the survey through a Freedom of Information Act (FOIA) request. It was conducted in July and August 2020 – at the height of the coronavirus pandemic, and a year before the helter-skelter US exit from Afghanistan. Of those surveyed, 56% said the deployment question did not apply, likely because they were civilian employees of the military.

Responding to the outlet, Army spokesman Lieutenant Colonel Terence Kelley pointed to the date of the survey, and said the senior leadership believes the service is “ready to fight and win, both today and last summer.”

Kelley also took a different approach to the survey results, saying that at the time it was taken, “61 percent of relevant respondents said they were ready to deploy, fight, and win in a reasonable amount of time, today to one month.” Since then, he added, more than 93% of the active-duty service members have been vaccinated against Covid-19, and the combat training centers are now at full capacity.

According to the conservative Heritage Foundation, however, things have only gone downhill since. Heritage’s assessment of US military power, released last week, said that only 58% of the Army’s brigade combat teams were at the highest tactical readiness level, 8% below the goal and a full 16% down from 2020.

Other branches of the military aren’t faring much better, either. A November 2020 report by the Government Accountability Office (GAO) found that only three of the 46 types of aircraft used by the US military have met their “mission capable rates” for the majority of fiscal years over the past decade. Meanwhile, the Navy’s investigation into the fire that destroyed the USS Bonhomme Richard last year found that no one on board the ship knew how to find or push the fire control button. The amphibious assault carrier ended up having to be scrapped.

Back in February, Army Chief of Staff General James McConville said he was willing to sacrifice combat readiness in order to defeat the pandemic. The Pentagon said earlier this month that a total of 58 members of the US military had died of Covid-19 since the start of the pandemic. By contrast, 581 committed suicide in 2020 alone.