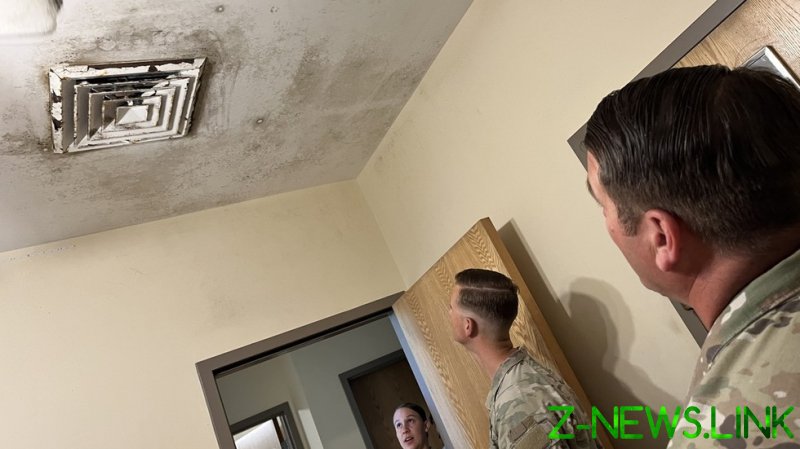 Even as the US Army juggles growing security risks around the world, it’s reportedly struggling to eradicate a persistent foe that could jeopardize the health of troops at some of America’s largest military bases: mold.

Weeks after mold infestations in more than a dozen barracks forced the Army to relocate about 1,100 soldiers at its biggest base, North Carolina’s Fort Bragg, a viral TikTok video has exposed similar issues at Fort Stewart in Georgia. As the website Military.com reported on Friday, a pattern of mold damage has emerged “across the Army,” and there’s no easy solution. At Fort Stewart, the outlet said, “Army officials have no plans other than wait a decade for new facilities.”

In one case highlighted by Military.com reporter Steve Beynon, who interviewed more than 20 soldiers, an enlisted man who recently returned to Fort Stewart after a long deployment in Europe came home to discover that “mold had completely consumed his room.” The walls were covered with mold, the bed had turned black and green, and most of the soldier’s belongings were destroyed.

A clip posted earlier this week on a popular TikTok account called ‘US Army WTF! Moments’ showed someone opening two closet doors to reveal walls that were apparently covered with black mold. The video was captioned ‘Fort Stewart barracks’.

One commenter claimed that there was a “six-inch mold carpet” on the ceiling when he was stationed at Fort Stewart years ago. Others said they had experienced similar or worse infestations at other US bases, such as Fort Gordon in Georgia and Camp Pendleton in California. “But our government is sending money, lots of it, to Ukraine when our military can’t get a safe place to sleep,” another observer said. 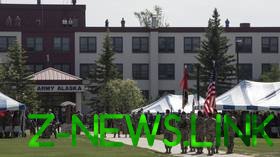 READ MORE: US troops offered extra time off if they stop getting arrested

Leaders at Fort Stewart and the adjoining Hunter Army Airfield have blamed the mold issue on outdated HVAC systems and high humidity. They responded to the latest infestations by ordering more room inspections and cleanup work by the troops and their enlisted supervisors. The affected barracks are scheduled to be renovated by the end of 2033.

“We’ve got to be held accountable,” Sergeant Major Quentin Fenderson, the senior enlisted leader for the 3rd Infantry Division, told Fort Stewart’s top noncommissioned officers. “We’re going to identify what we need to do, we’re going to fix it, and we’re going to move forward. I’m going to walk through your barracks. I need you to do your jobs; I’m going to do mine.”

Most of the 7,000 troops whom President Joe Biden sent to Germany earlier this year in response to the Russia-Ukraine crisis came from Fort Stewart.