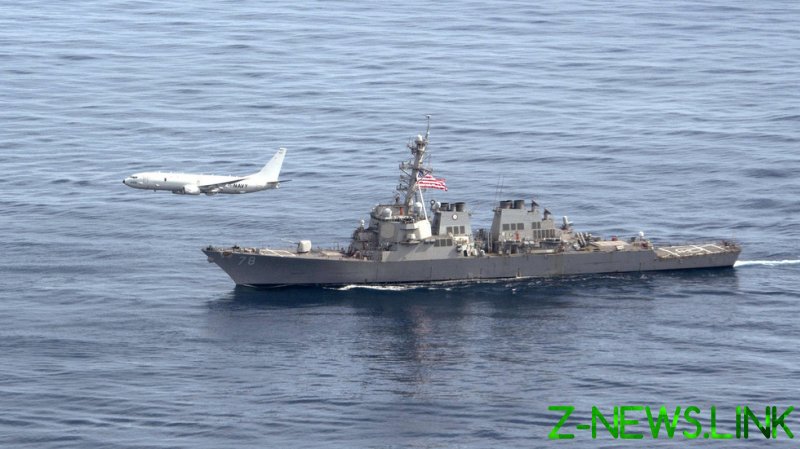 On Friday, the State Department’s office of Political and Military Affairs announced the approval of Germany’s request to buy the five patrol aircraft. They list engines, sensors, radars, communications equipment, countermeasures, spare parts, software and training as being part of the package presently valued at almost $1.8 billion.

Berlin is seeking to replace its aging fleet of seven Lockheed P-3 Orion sea patrol aircraft by 2025, and is eager to get the Poseidons, which Boeing has developed as a replacement. They are currently in service with the US Navy, the RAF and the Royal Australian Air Force.

In a formal notice to Congress, the Defense Security Cooperation Agency said the sale would “support the foreign policy and national security of the United States by improving the security of a NATO” ally, which is described as “an important force for political and economic stability in Europe.”

The program will require four US government officials and four contractors to spend two years in Germany to help with “equipment familiarization, training and supply support,” the DSCA said. Congress will have to give the final approval to the sale, but it is unlikely to meet with opposition.

The sale comes as a boon for Boeing, the main US maker of commercial aircraft, which over the past two years had to ground its 737 Max fleet over a series of fatal crashes and then halt production at its largest facility in Washington due to the coronavirus pandemic.

Boeing touts the P-8A as “a multi-mission maritime patrol aircraft, excelling at anti-submarine warfare; anti-surface warfare; intelligence, surveillance and reconnaissance and search and rescue,” noting that it “combines the most advanced weapon system in the world” with the cost advantage of sharing 86 percent of its parts with the 737.

The Poseidon is not only a spy plane capable of surveillance or guiding attack aircraft to targets, but a weapons platform that “can pack a serious punch,” according to aviation experts, capable of carrying missiles and bombs for attacking ground, sea and underwater targets alike.

Germany’s purchase of the advanced jets comes amid a sharp increase in NATO flights along the Russian border over the past year. In 2020 alone, the Russian Defense Ministry detected an estimated 2,900 combat aircraft and 1,100 spy planes that approached the country’s airspace, and in many cases had to be escorted away by interceptors.