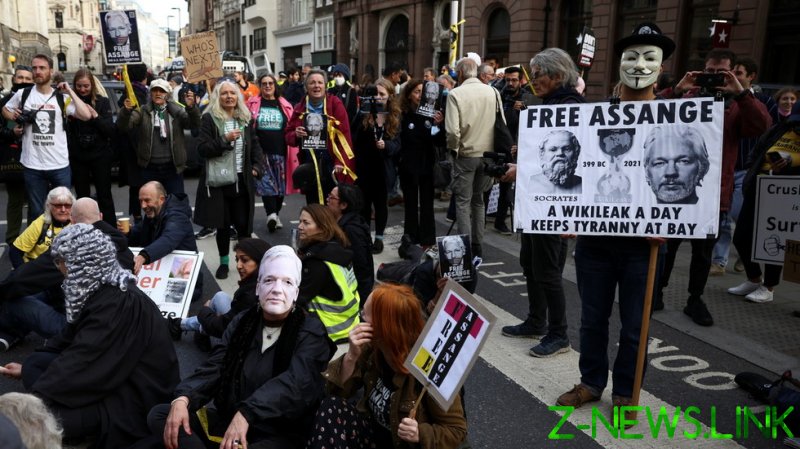 If extradited to the US, the WikiLeaks co-founder faces up to 175 years in prison if found guilty on charges that he violated the Espionage Act. Assange has been held in prison in London since 2019, with protesters highlighting his poor treatment while in confinement, where his health has reportedly suffered.

The US offered “assurances” this week that, if extradited, Assange would have his health needs met and could serve any potential sentence in his native Australia, but Assange’s supporters blasted these promises as hollow. Among them were Amnesty International legal adviser Simon Crowther, who said they were “not worth the paper” they were written on.

Assange’s defence team have also questioned the “assurances,” but the lawyer acting for the US government, James Lewis QC, maintained that the US would uphold its “diplomatic assurance” in order to secure the extradition.