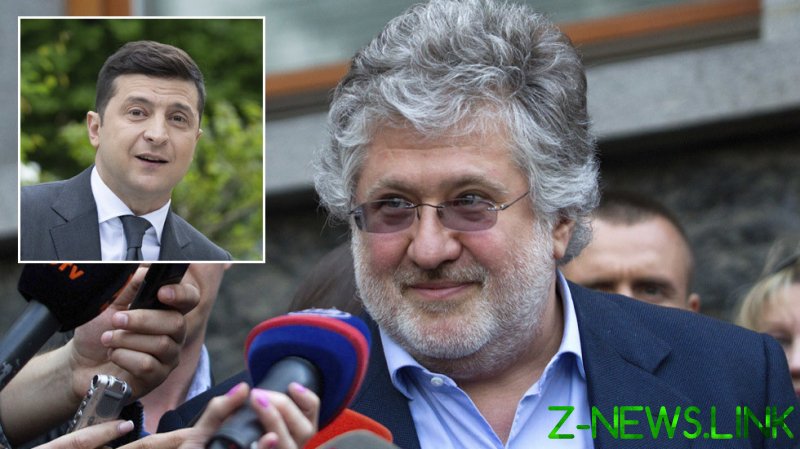 On Friday, Secretary of State Antony Blinken designated Igor Kolomoisky under rules that will allow the US to target him and his family with punitive measures, including a travel ban. He said that the move came in response to allegations the “oligarch and former Ukrainian public official” was involved “in significant corruption.”

“In his official capacity as a Governor of Ukraine’s Dnipropetrovsk Oblast from 2014 to 2015, Kolomoisky was involved in corrupt acts that undermined rule of law and the Ukrainian public’s faith in their government’s democratic institutions and public processes,” Blinken argued, “including using his political influence and official power for his personal benefit.” As a result, Kolomoisky, his wife and son will be barred from entry to the US.

The businessman has been linked with Zelensky for years, even before the latter began his political career. His 1+1 media group also hosted the future president’s comedy show for eight years, giving him a national platform. “While this designation is based on acts during his time in office,” the US State Department chief said, “I also want to express concern about Kolomoisky’s current and ongoing efforts to undermine Ukraine’s democratic processes and institutions, which pose a serious threat to its future.”

The Ukrainian-Israeli businessman is an influential figure in Kiev, but, in recent years, Zelensky has worked to distance himself from his former boss, making a public show of rejecting a proposal to return a nationalized bank to Kolomoisky.

Selling Western-made computers in the run-up to the fall of the USSR, the tycoon pivoted to buying up privatization vouchers and establishing a hold on the metals and energy industries. Russian President Vladimir Putin once called him a “one-of-a-kind chancer” who even managed to “swindle [Chelsea football club owner] Roman Abramovich himself.”

However, the man who has been described as “Ukraine’s most powerful figure outside government” has been skeptical of the country’s turn to the West since the 2014 Maidan events. Taking aim at those who, like Zelensky, have pursued closer relations with the EU at the expense of ties with Moscow, Kolomoisky argued that Kiev would struggle to ever gain acceptance from the bloc.

“You all [the West] won’t take us,” Igor Kolomoisky said in a 2019 interview with The New York Times. “There’s no use in wasting time on empty talk. Whereas Russia would love to bring us into a new Warsaw Pact.”

According to Washington, “this designation reaffirms the US commitment to supporting political, economic, and justice sector reforms.