US and Turkey discussing transfer of S-400s to Kiev – media 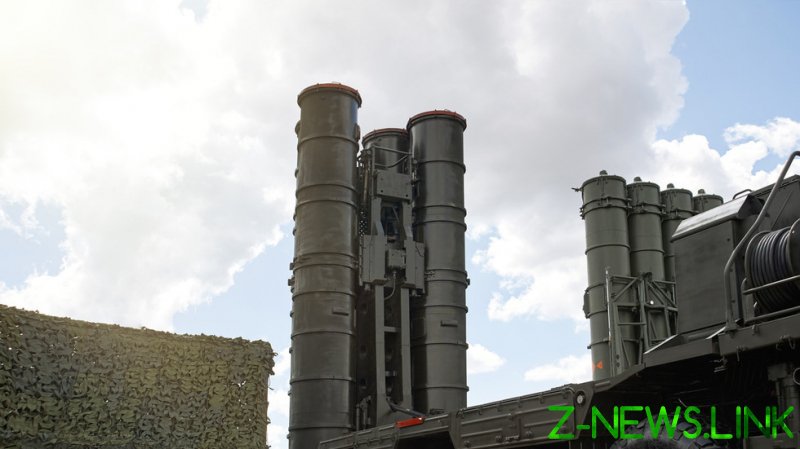 The US and Turkey are reportedly in talks over a deal for Ankara to send its Russian-made S-400 missile defense systems to Ukraine in exchange for the scrapping of sanctions imposed by Washington on its fellow NATO member.

“We are in continuous talks with Ankara to see it giving up the S-400 system and sending it to Kiev,” an unnamed Pentagon official told Sky News Arabia on Sunday. In exchange, the official said, Turkey could see a “return to [NATO’s] F-35 program and the lifting of sanctions” imposed by Washington.

An earlier report from Reuters on Saturday cited three sources as saying that the US had floated the idea to Turkey over the past month. No formal request has been submitted, according to Reuters, which suggested it’s “unlikely” that Turkey would agree to the idea anyway.

Ankara and Washington have yet to comment officially on the reports.

The Russian-made S-400 missile defense systems have long been the subject of dispute between the US and Turkey. In 2020, Washington imposed sanctions on the Turkish defense industry and kicked the country out of its F-35 fighter jet program over Ankara’s decision to buy the Russian military hardware.

Washington has claimed Turkey’s purchase “would endanger the security of US military technology and personnel and provide substantial funds to Russia’s defense sector.”

Since Russia launched its offensive against Ukraine last month, the US has been working to identify countries which own another air defense system – the Soviet-made S-300s – and figuring out ways to transfer them to Ukraine.

One such country, Slovakia, agreed last week to hand over its S-300 systems to Kiev if it was supplied with a substitute from NATO.

On Sunday, Slovakia’s Defense Minister Jaroslav Nad confirmed that components of NATO’s Patriot air defense system had begun deployment in his country. He said the system was not a replacement for the S-300 but noted the Soviet system needed to be replaced anyway, due to “age, technical condition, [and] insufficient capabilities.”

The Pentagon official who spoke to Sky News Arabia on Sunday said the delivery had arrived in Slovakia “in preparation for Bratislava’s transfer of the S-300 system to Kiev.”

Moscow attacked Ukraine in late February, following a seven-year standoff over Ukraine’s failure to implement the terms of the Minsk agreements, and Russia’s eventual recognition of the Donbass republics with capitals in Donetsk and Lugansk.

The German- and French-brokered protocols had been designed to regularize the status of those regions within the Ukrainian state.Russia has now demanded that Ukraine officially declare itself a neutral country that will never join the US-led NATO military bloc. Kiev insists the Russian offensive was completely unprovoked and has denied claims it had been planning to retake the two republics by force.