Home / WORLD / US and South Korea retaliate against North

US and South Korea retaliate against North 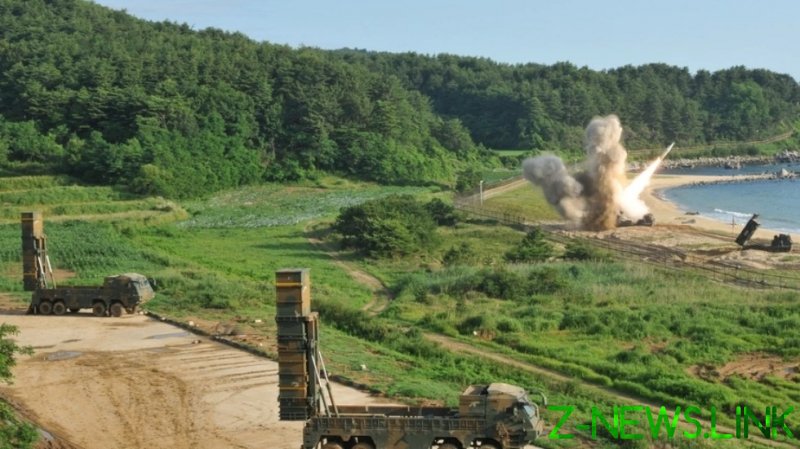 The United States and South Korea mobilized warplanes and fired off several surface-to-surface missiles following the latest weapons test by the North, which saw three projectiles launched into the ocean.

Seoul’s military mobilized around 30 F-15 fighter jets and fired a Hyunmoo-II missile into the East Sea, its Joint Chiefs of Staff said, as cited by Yonhap, while US forces shot a MGM-140 Army Tactical Missile System (ATACMS) in the same direction, both in retaliation to Pyongyang’s series of missile tests on Wednesday morning. 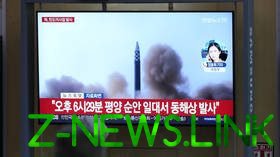 The office of President Yoon Suk-yeol harshly denounced Pyongyang’s test – which involved at least three projectiles, including what was believed to be an intercontinental ballistic missile (ICBM) – calling it a “grave provocation that violates UN Security Council resolutions, raises tensions on the Korean Peninsula and in Northeast Asia and threatens international peace.”

Yoon also ordered “measures for the activation of extended deterrence and strengthening of the South Korea-US combined defense posture” and to enhance readiness across Seoul’s military.

Officials in Seoul say the presumed ICBM traveled some 224 miles (360km) and reached an altitude of 335 miles (540km). Japan also detected the launch, reporting that one missile flew in an “irregular trajectory” for a distance of around 466 miles (750km), while the country’s defense chief said it landed just outside of Japan’s Exclusive Economic Zone.