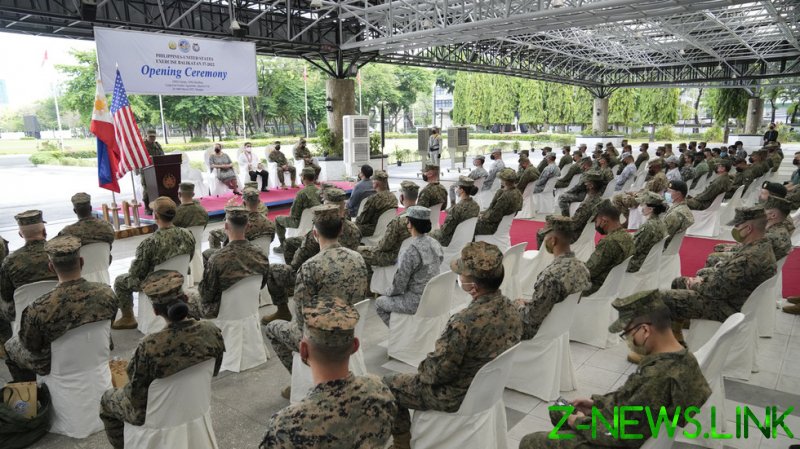 Joint military drills have begun between the United States and the Philippines in the Pacific nation, with nearly 9,000 Filipino and American soldiers taking part in the 12-day training exercise.

The war games mark the largest-ever drills to take place in the archipelago state, reflecting strengthening relations between the two nations.

The joint drills are an annual event but had been postponed in previous years due to the Covid-19 pandemic and concerns about a potential outbreak among troops. At the opening ceremony of the event in Manila, Philippines military chief General Andres Centimo stated that it reflected the “deepening alliance” between the two sides.

US Major General Jay Bargeron expressed similar sentiments, describing the “friendship and trust” between the armed forces of both nations, working to “succeed together across the entire spectrum of military operations.”

There had been some contention between the US and the Philippines after President Rodrigo Duterte declared in February 2020 that he planned to end the Visiting Forces Agreement, which had entitled the US to hold joint exercises in the Philippines. 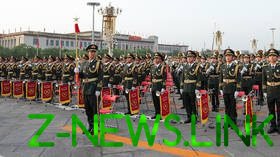 The latest military exercises come amid rising tensions in the Indo-Pacific region, after Australia accused China this week of seeking to “intimidate” Canberra, after a draft security agreement between Beijing and the Solomon Islands was leaked.

The proposed framework, which surfaced on social media last Thursday, would give China the opportunity to deploy military personnel to the Pacific nation “to protect the safety of Chinese personnel and major projects.”

“We are engaged because we are not blind to the tactics of other people who are going through the process of trying to restrict our capacity of movement and intimidate us,” Australian Deputy Prime Minister Barnaby Joyce declared.