Home / WORLD / US and Iran are getting ever closer to war. Washington has only itself to blame

US and Iran are getting ever closer to war. Washington has only itself to blame 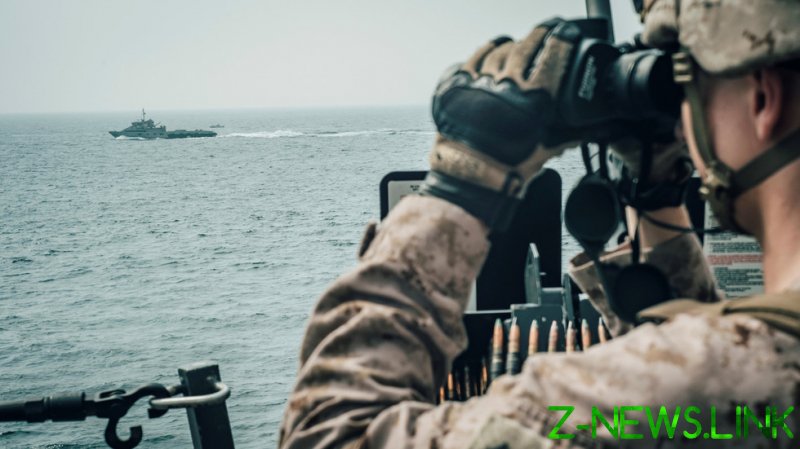 Amid growing tensions in the region, the United States and Iran carried out tit-for-tat naval exercises in the Persian Gulf designed to send a signal to the other – mess around at your own risk. The US exercises comprising six coastal patrol boats, supported by an expeditionary mobile base platform ship and a guided-missile destroyer, involved live fire exercises using surface-to-surface missiles. Iran followed this display of US military prowess with a demonstration of its own in the form of the annual Zolfaqar military exercise, which included live-fire drills involving anti-ship missiles, drone swarms, and submarine-launched torpedoes.

The dueling drills come nearly two weeks after a confrontation in international waters between the Iranian Revolutionary Guard and the US Navy. While the specific circumstances surrounding this confrontation remain unclear, with both Iran and the US providing competing narratives, one thing is for certain – on October 24, 2021, Iranian and US naval forces faced off in a tense environment, loaded weapons pointed at one another, while Iranian forces boarded and took control of a Vietnamese-flagged oil tanker, which was then sailed into Iranian territorial waters, ending the face-off.

The Iranians claim that the US was engaged in an act of “piracy,” trying to seize a shipment of Iranian oil that was loaded onto the MV Southys, owned by the Hanoi-based OPEC Petroleum Transport Company. Iran was compelled to board the vessel, using helicopter-borne commandos, and then sail the ship and its 26-person crew to the Persian Gulf port city of Bandar Abbas. The US denies the Iranian accusations, instead claiming that US Navy vessels in the region responded to reports of a ship in distress and were simply monitoring the situation.

History suggests that the Iranian version of events is closer to the truth. The US has a reputation for seizing Iranian petroleum shipments on the high seas, part of what it claims to be the lawful enforcement of US sanctions targeting Iran (it should be noted that the sanctions in question are unilateral in nature, and have no enforceable status under international law.) In August 2020, the US seized four Liberian-flagged vessels (the M/T Bella, M/T Bering, M/T Pandi and M/T Luna) carrying approximately 1.116 million barrels of fuel. No military force was used by the US in the seizure of the cargo. Instead, the US worked with the assistance of foreign partners to threaten ship owners, insurers, and captains with sanctions to force them to surrender their cargo to US control. In the case of the four Liberian-flagged tankers, the ships sailed to the US port of Houston, where their cargo was offloaded.

On the same day that the US affected the seizure of the four Liberian-flagged tankers, the Iranian Revolutionary Guard Corps boarded another Liberian-flagged tanker, the M/T Wila, off the coast of the United Arab Emirates, using tactics which mirrored those that had been used against the MV Southys – a special forces team was inserted onto the deck of the tanker using a helicopter, while Iranian patrol boats circled nearby. After five hours, the Iranians departed the ship. The US confirmed that the Iranian seizure of the M/T Wila was related to the US seizure of the four tankers. “They [the Iranians] were looking for their gas,” a US spokesperson noted.

According to Iranian sources, the boarding of the MV Southys was related to the August 2020 seizure of the four tankers carrying Iranian oil. An analysis of the events leading up to the seizure of the MV Southys by Iranian forces suggests that this indeed may be the case. According to an anti-Iranian advocacy group, United Against Nuclear Iran (UANI), satellite imagery from June 2021 shows the MV Southys engaged in what is known as ‘ship-to-ship’ transfer of oil from an Iranian tanker, the Oman Pride. In August 2021 the US Treasury Department named the Oman Pride as an asset of the Iranian Revolutionary Guards Corps Quds Force, which was part of a larger scheme to raise funds for the Quds Force by selling Iranian oil in violation of sanctions. According to UANI, most of this oil ends up being sold to China.

According to the Tankers Trackers website (affiliated with UANI), the MV Southys was supposed to make a delivery of some 700,000 barrels of crude oil to a Chinese port. For some reason, the shipment was rejected, and the MV Southys headed back to the port of Sohar, Oman. The timing of the rejection of the MV Southys’ cargo coincides with a letter sent by UANI to the Vietnam Maritime Administration, which detailed its analysis of satellite photos it claimed showed the MV Southys received a ship-to-ship transfer of oil from the Oman Pride. Given the high-profile composition of the leadership of UANI, which includes many former US government officials and heads of foreign intelligence services, it is likely that this letter was sent in conjunction with outreach by UANI to the US government, which in turn could have put the Vietnamese government on notice that it could be subjected to sanctions for doing business with the Iranian Revolutionary Guard Corps. If this scenario is accurate, the Vietnamese government could have ordered the MV Southys not to offload its cargo, leaving it no choice but to return to the Persian Gulf.

The truth about what transpired with the MV Southys will undoubtedly emerge in the weeks to come. What is certain, however, is that the Iranians have long classified US sanctions against them as violations of international law, and US efforts to seize Iranian oil shipments acts of piracy. The seizure of the MV Southys by Iranian forces, and the aggressive way the US Navy was confronted by Iranian patrol boats, suggests that Iran is determined to forcefully confront any future attempts by the US to enforce its unilateral sanctions. One of the major roadblocks to restarting the Iran nuclear deal, also known as the Joint Comprehensive Plan of Action (JCPOA), is the issue of the US ending its sanctions regime against Iran. If anything, the delay in restarting the JCPOA has shown that there is a military risk attached to the political, and that any continued delay in the negotiations could result in war.

Tags blame closer getting itself washington