Home / policy / US Ambassador in Warsaw, admitted the placement in Poland of us nuclear weapons

US Ambassador in Warsaw, admitted the placement in Poland of us nuclear weapons 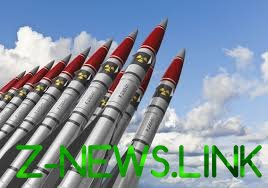 US Ambassador in Warsaw Gorget of Mosbacher admitted that the Americans could redeploy its nuclear weapons from Germany to Poland. In Berlin there is ongoing debate about the appropriateness of the placement of nuclear weapons in the country.

“If Germany wants to reduce the nuclear potential of NATO and weaken the Alliance, it is possible that Poland, which clearly fulfills its obligations, is aware of the risks and is situated on the Eastern flank of NATO could deploy appropriate forces and means at ourselves,” wrote Mrs. Mosbacher on Twitter the evening of may 15.

In Germany a few weeks continues the debate about the placement on the territory of the country of nuclear weapons of the United States. Prominent members of the Social democratic party (SPD) demand to withdraw it, but their partners in the ruling coalition of the Christian democratic Union (CDU) opposed.

American nuclear weapons stored in West Germany since 1950-ies, at the peak of the confrontation between the USA and the USSR the size of the Arsenal reached 5 thousand charges. Today we are talking about much more modest numbers — about 20 bombs B61.

On Thursday, the U.S. Ambassador to Germany Richard Grenell published in the newspaper Die Welt article, which urged Berlin not to “undermine the solidarity which forms the basis of nuclear deterrence, NATO” and “to fulfill its obligations to allies and to constantly invest in collective nuclear potential of the Alliance.” According to him, Europe are in danger from Russia, China, North Korea and other countries. “If Germany wants to contribute to the preservation of peace, as it claims its leadership, now is the time to show this through solidarity. Whether Germany will take on this responsibility or rejected, reaping the economic rewards of security that guarantee other allies?” he asked. The possibility of the removal of nuclear bombs in Poland Richard Grenell hinted.

The Polish authorities have not yet responded to the post Garrett of Mosbacher. Note that the deployment of nuclear weapons on the territory of Poland would be a gross violation of the Founding Act Russia-NATO from 1997.