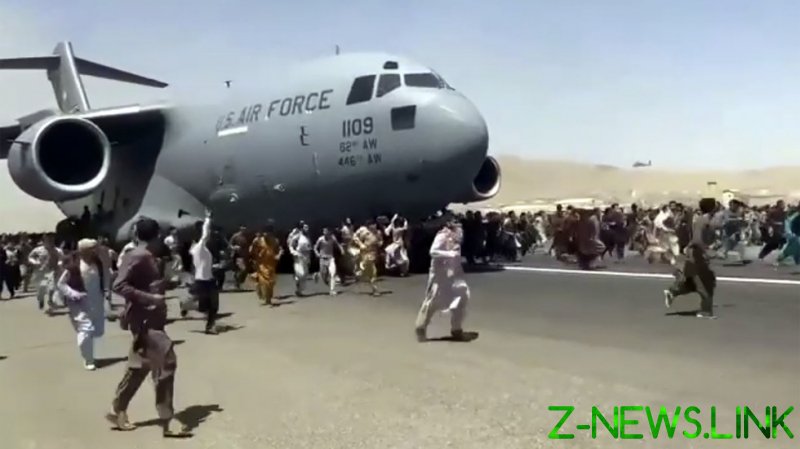 The US Air Force has determined that the crew of a Boeing C-17 military transport plane were not responsible for the deaths of Afghan civilians who tried to cling to the jet as it took off from Kabul in August 2021, amid the chaotic mass-withdrawal of US forces from the country.

In a statement released to the press on Monday, Air Force spokesperson Ann Stefanek stated that the “aircrew had acted appropriately and exercised sound judgment in their decision to get airborne as quickly as possible when faced with an unprecedented and rapidly deteriorating security situation” in Afghanistan.

Stefanek noted that the decision was “in compliance with applicable rules of engagement” and that the crew’s actions and quick thinking had secured their safety and the aircraft.

The incident occurred on August 16, 2021 at the Hamid Karzai International Airport in Kabul as hundreds of thousands of Afghan civilians, desperate to leave the country after the government fell to the Taliban, gathered at and stormed the airfield.

According to US officials, the plane in question arrived in Kabul with supplies and equipment for US troops who were trying to secure the airport amid the evacuation of thousands of Americans and Afghans. However, as soon as the C-17 touched down and lowered its ramp to offload supplies, a large group of Afghans broke onto the airfield and tried to rush the plane.

The crew members jumped back into the aircraft and raised the ramp, uncertain of the security threat from the crowd. The pilots communicated with Air Traffic Control and were cleared for takeoff. However, throngs of people were clinging to the plane. Some hid in the wheel wells, which accommodate the landing gear once the aircraft is airborne.

Despite Humvees and Apache helicopters being deployed to get the civilians off the aircraft, several people held on.

Video footage of the incident showed some eventually jumped from the plane just before the aircraft took off, while others fell to their deaths after the aircraft had gained significant altitude. Body parts of others were later found in the wheel wells once the plane landed at Al Udeid Air Base in Qatar. 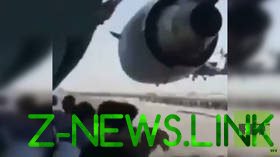 Following the tragic incident, the US Air Force tasked its Office of Special Investigations to investigate, stating it would examine all footage and social media of the incident, which made headlines around the world.

The reviews were conducted by the Air Mobility Command and US Central Command, both of which concurred that the C-17 crew were well within their rights and acted accordingly given the chaotic situation on the ground.

Stefanek noted that the incident left some crew traumatized and that they were later sent for consultation with mental health professionals and chaplains.

“This was a tragic event and our hearts go out to the families of the deceased,” Stefanek concluded.

The hastily executed, Pentagon-led evacuation from Afghanistan, ordered by President Joe Biden after nearly 20 years of war in the country, lasted several weeks and was marred by scenes of chaos and violence, including an Islamic State suicide bombing outside Kabul airport on August 26, which killed around 170 Afghan civilians and 13 American soldiers.

According to Biden, “one of the biggest airlifts in history” got more than 120,000 people out of the country.