US agrees to withdraw ‘remaining combat troops’ from Iraq – reports 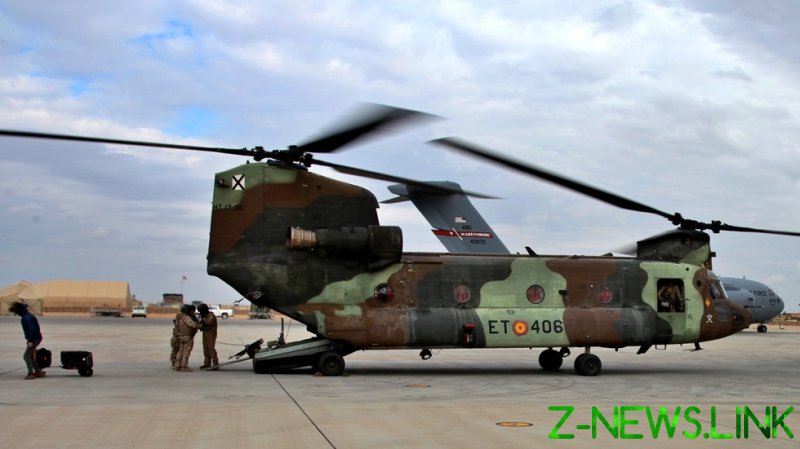 “US forces are in Iraq at the invitation of Iraqi Government to support the Iraqi Security Forces (ISF) in their fight against ISIS,” said a joint statement following the “strategic dialogue” between US Secretary of State Antony Blinken and his Iraqi counterpart Fuad Hussein on Wednesday.

“Based on the increasing capacity of the ISF, the parties confirmed that the mission of U.S. and Coalition forces has now transitioned to one focused on training and advisory tasks, thereby allowing for the redeployment of any remaining combat forces from Iraq, with the timing to be established in upcoming technical talks,” the statement added.

Hussein and Blinken agreed to “continue bilateral security coordination and cooperation” between the US and Iraq and emphasized in the joint statement that “the bases on which US and Coalition personnel are present are Iraqi bases and their presence is solely in support of Iraq’s effort in the fight against ISIS.”

Islamic State (IS, also known as ISIS) claimed a large portion of Iraq and Syria in 2014, prompting the US to send troops back into Iraq as part of Operation Inherent Resolve. Even though the last territory claimed by the IS “caliphate” was liberated in March 2019 by US-backed militia in Syria, Washington has kept combat troops in the region citing fears of a “resurgence.”

On Sunday, two rockets were fired on the Balad air base near Baghdad, which hosts US contractors in addition to Iraqi troops. They missed the base and hit a nearby village instead. There were no casualties. This follows a March 15 attack on the base with five rockets. While no group has claimed responsibility, the US has blamed Shia militias – which Washington says are backed by neighboring Iran – for the attacks.

The militias have demanded the departure of some 2,500 US troops currently stationed in Iraq, calling their presence an occupation. The US had invaded and occupied Iraq in March 2003, and did not withdraw until December 2011.