US accuses China of ‘choking’ Taiwan 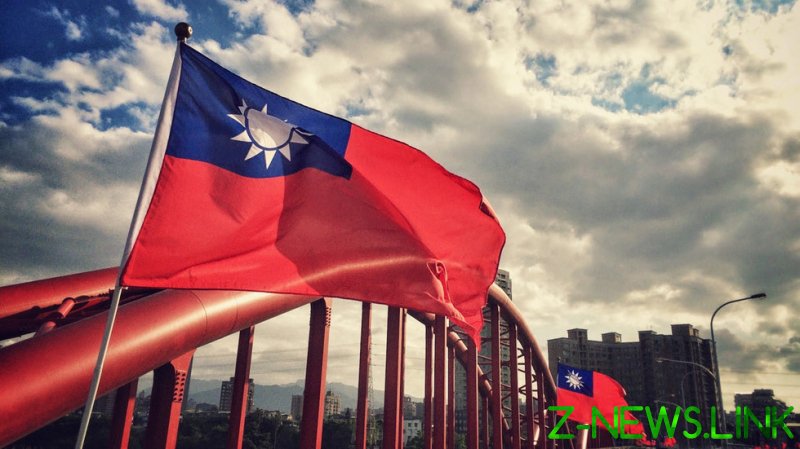 The head of the de facto US embassy in Taiwan has accused China of “provocative” military moves near the island, saying Beijing has undermined regional peace while vowing to “strengthen” security ties with Taipei.

Sandra Oudkirk – who directs the American Institute in Taiwan, the unofficial US embassy on the island – castigated Beijing during a speech for the American Chamber of Commerce in Taiwan on Wednesday, singling out its policies toward Taipei.

“The [People’s Republic of China’s] increasingly aggressive behavior is nowhere more evident than in relation to Taiwan, where the PRC has continued to exert military, diplomatic, and economic pressure,” she said, adding that “provocative military activities” near Taiwan are “destabilizing, risk miscalculation, and undermine regional peace and stability.”

Continued efforts by Beijing to choke Taiwan’s international space, pressure its friends, and interfere in Taiwan’s democratic system represent a threat to all democracies.

With Taiwanese President Tsai Ing-wen in attendance at the event, Oudkirk went on to voice “deep concerns” over “China’s alignment with Russia” following Moscow’s attack on Ukraine, appearing to draw parallels between the conflict in Eastern Europe and tensions between Taiwan and the mainland.

“China is already on the wrong side of history when it comes to Ukraine and the aggression being committed by Russia,” she said, echoing previous comments from Secretary of State Antony Blinken.

Though US officials have pressured Beijing to sever its ties with Russia and join a punitive sanctions campaign, China has so far refused to budge, maintaining a neutral stance toward the conflict while urging for diplomacy and an end to the fighting.

Oudkirk said Washington would continue to “strengthen Taiwan’s role as a regional security partner” – part of the Joe Biden administration’s increased outreach to the island. Late last year, the president declared that the US is “committed” to defending Taiwan from any potential Chinese attack, in what appeared to be a break with a long-standing policy of ‘strategic ambiguity.’ White House officials soon walked back his comments, however.

The United States has also approved a number of arms sales to Taiwan in recent months, and continues to sail warships through the contested Taiwan Strait on a near-monthly basis despite repeated warnings from Beijing to stay out of its “internal affairs.” China considers Taiwan to be its sovereign territory, though the island has long been self-governed and refers to itself as the Republic of China.

Founded as a non-profit corporation, the American Institute in Taiwan now serves as the informal US embassy and has received most of its funding from the State Department since the United States ended diplomatic recognition of Taipei with the Taiwan Relations Act of 1979. Currently, only a handful of nations recognize Taiwan as a sovereign country, among them Guatemala, Honduras, Haiti and the Vatican City.