Home / Society / Urgently to collect the Cossacks in one fist

Urgently to collect the Cossacks in one fist 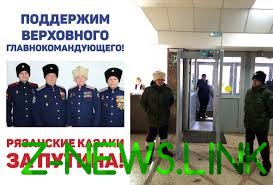 Urgently to collect the Cossacks in one fist 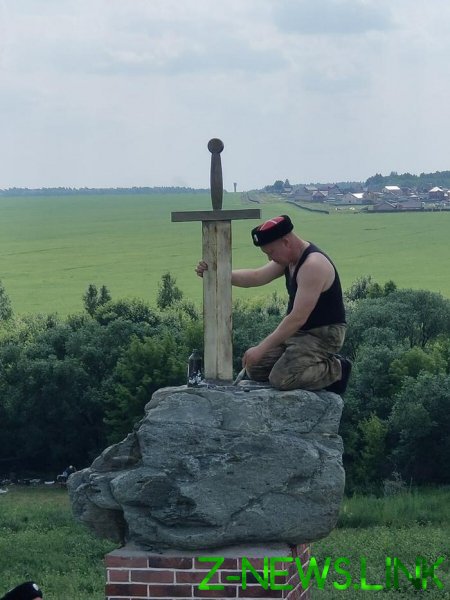 The hot summer of 2020. In Russia, burning fires in the forests, and where even in the cities the fires protests. Against this background, we see the organized and consolidation of aid from the Cossacks. And who does virtually no longer appeals to him for help, perceiving the Cossacks as toy army.

The army can and amusing, but the money it is spending is not a joke. Only in the Krasnodar region and the Kuban several billion dollars a year. Well, if in these parts you can see Cossacks serving in accordance with the Federal Law on civil service of the Russian Cossacks, then other cities may billion and the Cossacks almost impossible.

Not possible in the real world, and in the virtual documents activity is in full swing. Did you know that your, even the most otdalennom the region is the Adviser of the Governor or even his Deputy for the Cossacks? With a decent salary under a hundred thousand rubles. Not seen and not heard it? And they are! Accordingly, there are budgets for the development of the Cossacks.

Someone calculated that the money to buy the apartment each in need of a young family, or pay all transactions which children collect pennies using SMS.

Cossacks don’t mind! They do not see the money, dispose of them chieftains – neopentylene of the number of officials or former security officials, Cossacks they do not think and communicate with them do not want. And so it is not necessary.

Sang and danced for 20 years – said the Cossack General Valery Kamshilov – or anything not created and even lost all the Cossacks, who really wanted unity and present service to the Fatherland.

All these wedding and ceremonial Cossack generals, at the budget rate but irritation, and other emotions do not cause the Cossacks – says Ataman Cossack Nereestrovyh Rosolska, General Malanin – let Doluda, Vodolatsky and they like doing songs and dances and other performing arts, we don’t mind. But personal money or the staff of the Ministry of Culture. They do not have any positions in the regions, not even of communication and information about the situation and sentiment is not listed and the real Cossacks. There is not even interaction with the Council of Chieftains, who created us and is working since 1998.

In the Ural region, the far East, in Central Federal district and Abroad recognize only the Cossack General Kovalev and our Council Leader.

In the information field is present only General Kovalev and our Council Leader, ejected millions of sites registered troops information which is not obnovlyaetsya months, because of cases not any.

Do not shake hands, those who had a hand in provokacii and the collapse of the Cossacks – Peter says of Molotilov 96 the commander of the Cossack regiment, chief of Department of preservation of the Cossack traditions at the Council of Atamans of Russia – neither honor, nor conscience, even attempt to dialogue no.

Ataman Rosolska General Malanin: before a building of the all-Russian Cossack society, I proposed to the President of the Russian Federation candidate Kovaleva G. P. , as unifier of the Cossack movement.

VI-m Big Round Skvriz Wcss ataman Nikolai Doluda from the podium he said the right words about unity, cooperation. Cossacks expressed his wishes, expressed the hope that this will happen. But something moved? No! And the last Council of atamans Wcss confirmation of this. The crack between the registry and the public is not reduced, and in the Urals and the far East even increased.

Illiterate actions of officials from the Cossacks, the state registry was not created for the Cossacks, but rather for Negomedzyanov former members of the security forces, led to the departure of the majority of the Cossacks in the shadow quarreled among themselves the most notorious and influential leader.

All the chieftains who are now in the all-Russian Cossack Army, but sadly to say hopelessly behind the times, it has been influenced by their age — all over 60. None of them unifying figure. Whoever the President is appointed from the old cage, the Cossacks will still disagree, and for many years to move away from the Troops.

Save the situation can only new figure, not mired in good standing. I don’t see anyone except the Chief of the Cossack counter-Intelligence Gennady Kovalev. It will support the entire far East, Ural, Rostov and Kuban, he serves on the Board of Atamans of Russia.

In the short term Gennady Kovalev has established a complete structure with branches in all the cities organized the work of the Cossack Headquarters, established a system of notification and collection. Someone else can notify and collect thousands of Cossacks during the day? No!