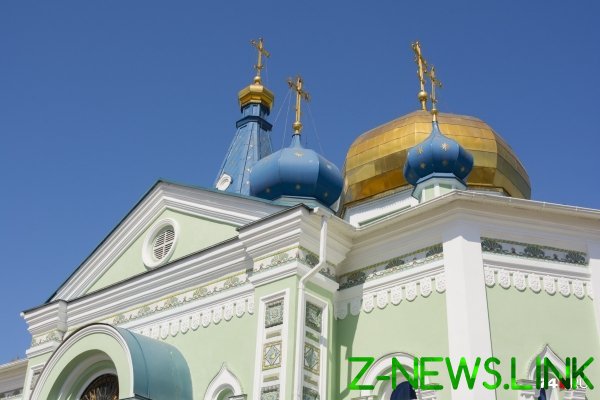 The South Urals Sergei Mikhailovsky wrote to the Prosecutor a statement on the Church in the complaint, the man claims that under the guise of charitable donations the priests are engaged in business and fleecing the congregation.

— I visited Svyato-Simeonovsky Cathedral, I wanted to buy the icon. I went on a Church bench (this is the area of the temple), asked if there was an icon of the Archangel Michael. I was told that is, costs 400 rubles. I gave 400 rubles and asked for the check, but the check I was not given, and was given a coupon for charity. Then I asked the question: “If it’s a donation, I donate 200 rubles.” To which I replied: “fixed Price — 400 rubles.” It hurt my feelings as a believer — complained Sergey Mikhaylovskiy. — How philanthropy can be a fixed price? Under the guise of donations in the temple conducted illegal business activities.

Senior assistant to the Prosecutor of the Chelyabinsk region Natalia Belozerov confirmed that the statement from the man did.

Correspondent 74.ru asked to comment on the situation Archpriest Igor Shestakov, but he said talk about what happened will only be able tomorrow.

— This person is not our member, he was a sectarian, and we can prove it. He refers to the anti-clerical group, followers of the so-called lad Vyacheslav Chebarkul, — said Igor Shestakov.

In a press-service of the Chelyabinsk diocese has paid attention that do not violate the law.

— The Church is not engaged in commercial activities, its purpose is different. In the case of Christianity is the salvation of the soul, approaching God. So look at it not only we, but also the law. From the point of view of the state is a non-profit activity, so we are allowed to have in Church shops cash registers, — explained the press service.

In the Church think that the outrage Sergei Mikhailovsky unnecessarily. It is a common practice, widely accepted in all the dioceses.

— The fact that everything in the Church for money, is a myth. The most important sacrament for the believer — communion, and it is free. Absolutely free and confess. Yes, traditions require to sacrifice some money, for example for a baptism or wedding. But these ordinances are performed once in a lifetime! And even they can be done for free if the person is not able to make a donation. To do this, refer to the Abbot of the temple, he is sure to meet, — said the representative of the diocese.

The press service also noted that in Church shops you can find “paper with numbers” — to hide it is pointless. According to them, the same candles and icons do not get coming for free. In addition, every parish must pay for utilities, conduct worship services, and so forth, and this requires money.