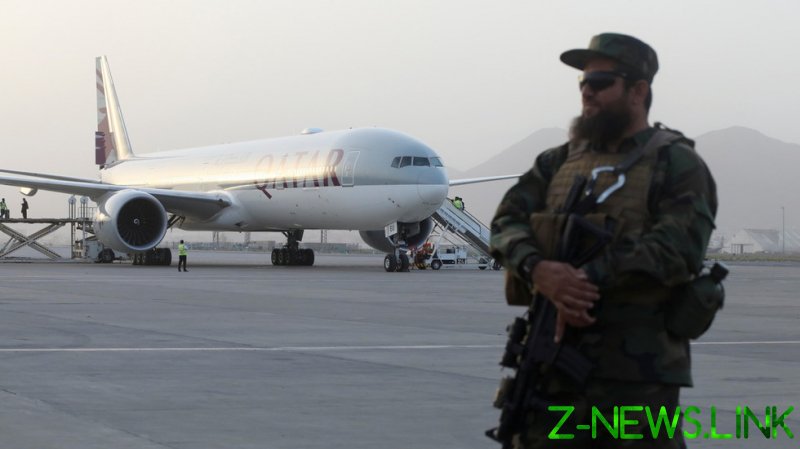 Between 100 and 200 Americans who wish to leave the country are still stuck there, State Department spokesman Ned Price told reporters during a Friday press briefing, claiming the numbers are “far from static” and are “constantly changing.”

“Any figure, any precise figure is nothing more than a momentary snapshot in time,” he said. “The same is true of Americans in Afghanistan who wish to leave and who are ready to do so. That number is always changing.”

The spokesman added that there was a “a slightly larger universe of Americans” who aren’t quite ready to leave the country, but said “If their plans do change, we will be glad to help facilitate their departure.”

While Price offered no precise figure for how many citizens are still stranded in Afghanistan, during a Thursday call with congressional staff the State Department said it was in contact with 363 Americans in the country, and that 176 of them currently wish to leave, according to two sources familiar with the discussion cited by CNN.

Even the spokesman’s broader range of between 100 and 200 citizens comes in stark contrast to previous claims from the department. The day before the US evacuation mission wrapped up on August 30, Secretary of State Antony Blinken claimed there were “under 200 and likely closer to 100 [Americans] who remain in Afghanistan and want to leave.” More than 200 citizens have been evacuated in the time since, suggesting the true figure may have been closer to double Blinken’s estimate – assuming another 200 Americans are still stranded, as Price indicated on Friday.

US officials have, however, highlighted the difficulties in tracking citizens’ whereabouts in a remote foreign country and determining their intention to leave, as many fail to inform the State Department or US Embassy of their comings and goings in Afghanistan.

The Pentagon-led evacuation from Afghanistan followed nearly 20 years of war in the country, beginning with the US invasion in October 2001, which toppled the Taliban government then in place. The pull-out mission lasted several weeks and was marred by scenes of chaos and violence, including an Islamic State suicide bombing outside the Kabul airport on August 26, which killed some 170 Afghan civilians and 13 American soldiers. The hastily executed operation has faced heated criticism from lawmakers, and the State Department is set to launch a series of probes into the mission sometime in the coming weeks, according to documents obtained by several news outlets. A department spokesman, however, downplayed the reports, insisting it would only conduct “reviews,” as opposed to a full-on probe, though did not explain the difference between the two.