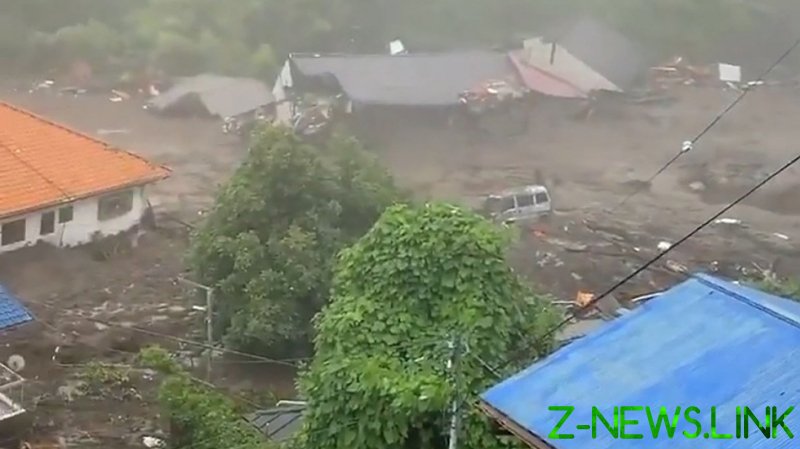 A video posted on social media shows a powerful flood sweeping away several houses on hilly terrain. A fire truck is seen driving away from the flood, while a firefighter runs for his life.

The Japanese media quoted regional officials as saying that around 20 people are missing. The officials have requested the help of the Japan Self-Defense Forces.

According to the media, 14 residents were evacuated from the area and sheltered in a museum building.

Newspaper Nikkan Sports reported that torrential rain has caused flooding due to rising rivers elsewhere in Japan. A family was rescued in Numazu, Shizuoka after a landslide swept away their home. In the Kanagawa Prefecture, a driver was rescued after his car was caught in a flood.

A highest-level alert has been declared in Atami for more than 35,600 people in nearly 21,000 households. Evacuation orders were issued for residents of the Shizuoka and Aichi prefectures, as well as areas surrounding Tokyo.