Unvaccinated to be banned from booze and marijuana in Canada – media 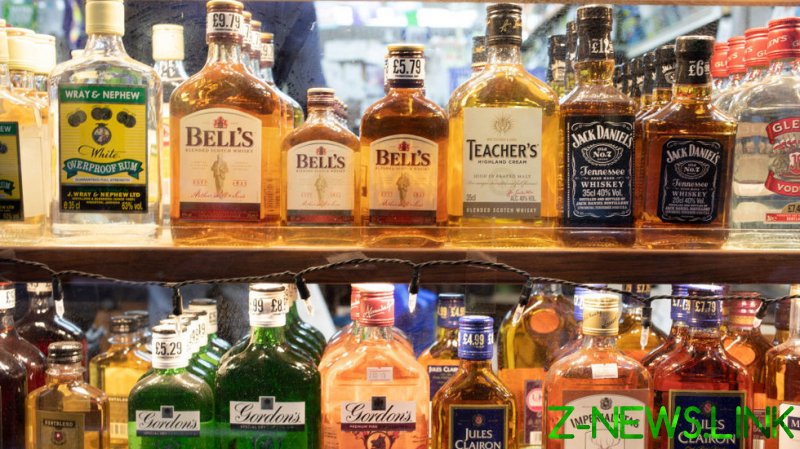 If taking away jobs and large gatherings isn’t enough to coerce some people into getting vaccinated against Covid-19, cutting them off from hard liquor and marijuana might do the trick. Canada’s Quebec province may soon find out.

Quebec Prime Minister Francois Legault’s administration is expected to announce a new requirement for proof of vaccination at liquor stores and cannabis outlets later this week, the Journal de Montreal reported on Tuesday. Minor details of the latest mandate, such as whether to require the passport at entrances or cash registers, are still being ironed out, the newspaper said, citing unidentified sources.

Proof of vaccination is already required in Quebec at such non-essential venues as restaurants, theaters, bars, and casinos. Under the new rule, unvaccinated residents will still be able to access convenience stores, which sell beer and wine, but they’ll be essentially barred from legally buying hard liquor.

The move allegedly comes amid public pressure to tighten restrictions on recalcitrant Quebeckers who have refused to get their Covid-19 shots. Legault has reportedly queried public health officials on what other types of businesses could be forced to require vaccine passports, and he told reporters, “I understand that there is a certain anger” toward unjabbed citizens.

Ironically, the new vaccine requirement at liquor and cannabis stores will only apply to shoppers. Employees won’t be forced to be vaccinated, the Journal de Montreal said.

Nearly 85% of all Quebec residents have received at least one vaccination dose, one of the highest rates in the world, but that hasn’t stopped the rampant spread of Covid-19. The province has seen an average of about 15,000 new infections daily over the past week. New cases were averaging less than 700 daily before the Omicron variant of Covid-19 emerged in late November.