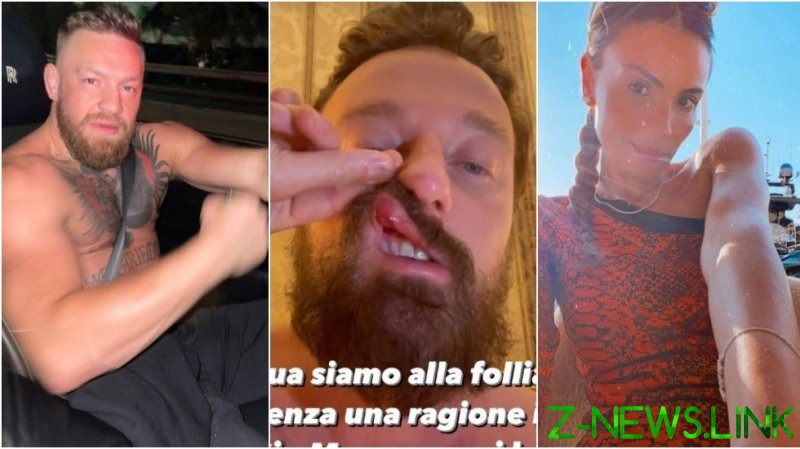 McGregor is in Italy for the christening of his son Rian, which took place at the Vatican on Saturday.

The 33-year-old Irish star has been seen visiting the sights and being mobbed by fans on the streets, also paying a trip to see legendary football manager Jose Mourinho, who is now in charge at Roma.

However, a night out with Italian music star Facchinetti and his wife Wilma Helena Faissol allegedly ended in an altercation as McGregor was accused of leaving the DJ with a cut to his mouth and a broken nose.

According to reports, the group had been “having fun” earlier in the evening before McGregor invited the couple to go along to another party.

Facchinetti then claims he was the victim of an unprovoked attack from McGregor as the Irishman supposedly punched him in front of almost a dozen witnesses. 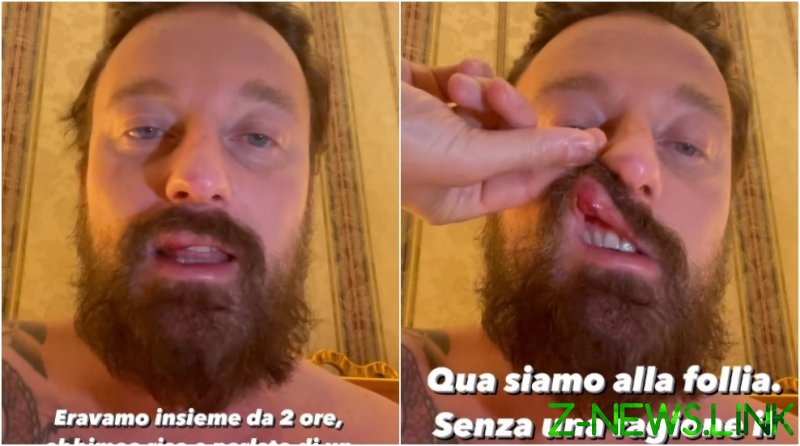 “I took a punch for nothing. That punch could go to anyone. My friends, my wife, or other friends. That’s why I decided to sue Conor McGregor because he is a violent and dangerous person,” Facchinetti is quoted as saying by US outlet TMZ.

Taking to Instagram, Facchinetti showed off a bloodied upper lip as he made the claims against McGregor.

The DJ’s wife also appeared on social media where she similarly accused McGregor of aggression towards her partner.

“Luckily, he [Francesco] was very close so he [Conor] couldn’t load up on his punch. Francesco flew back, fell on the table, and then on the ground. The first thing that came to mind was ‘are we kidding? Is it a show?’ Then I was paralyzed,” she said.

“I turned around and saw that his friends were holding him against the wall because he wanted to continue beating Francesco. 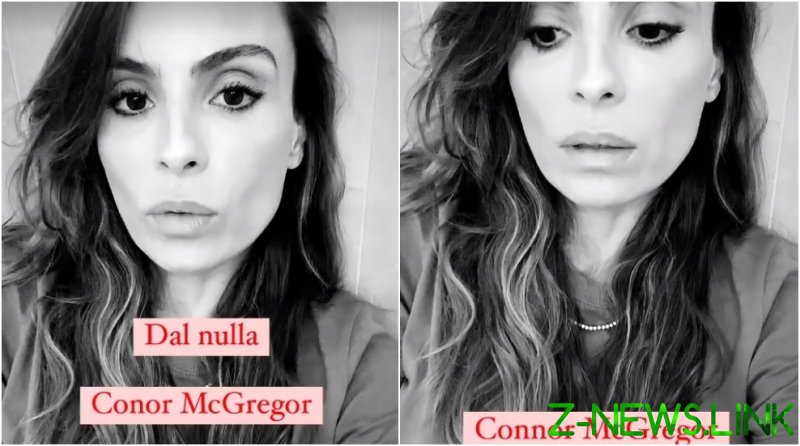 The DJ’s wife Faissol also made claims against McGregor. © Instagram

“Then they took him away. I turned on the light and the guards turned them off. Francesco was bleeding. I wanted to help him and the guards chased us away.

“He will stay in Italy until October 26th. If you see him stay away from him. Don’t go near him and ask for autographs because he is an unstable and dangerous person.”

McGregor is yet to respond publicly to the allegations.

The millionaire former two-weight UFC champion has faced run-ins with the law in the past, being fined for punching a punter at a pub in Dublin in 2019.

McGregor famously threw a dolly at a bus containing UFC rival Khabib in 2018, again escaping prison for the act.

More recently, McGregor was embroiled in a red-carpet row at the MTV Video Music Awards in New York with rapper Machine Gun Kelly.

McGregor has been sidelined from UFC action by the broken leg he suffered in his defeat to Dustin Poirier in July, but is hoping to return to the Octagon in 2022.