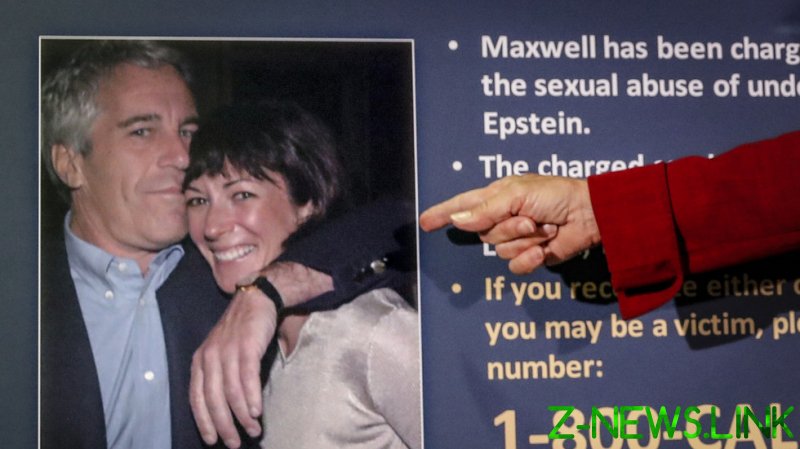 Some 112 court documents, amounting to thousands of pages of evidence, were unsealed and released on Wednesday night, including testimony accusing Maxwell of preying on victims and forcing them to perform sexual acts for her and Epstein’s amusement.

Maxwell, 59, was also accused by Epstein’s housekeeper of being present at the mansion where at least 100 girls arrived and performed sexual massages on the convicted pedophile over a period of 10 years.

The documents say Epstein also “watched Maxwell direct a room full of underage girls to kiss, dance, and touch one another in a sexual way for [her] and Epstein to watch.”

A note referring to an underage girl visiting Epstein’s house for ‘training’ was found in a dustbin by federal agents.

Lawyers for Epstein’s most high profile victim Virginia Giuffre highlighted the damning nature of the evidence revealed in the unsealed documents.

“Now, there is actual, live testimonial evidence that [Maxwell] was a procurer of young girls for sex with Jeffrey Epstein, with whom she shared a home and a life, thus validating Ms. Giuffre’s claims,” Giuffre’s lawyers said, citing flight logs showing that Maxwell and Giuffre traveled together at least 20 times while the victim was a minor as yet more incriminating evidence.

Britain’s Prince Andrew is referenced by name in evidence given by Anthony Figueroa, Giuffre’s ex-boyfriend, who claims she was ordered to service the UK royal sexually on three separate occasions at Maxwell and Epstein’s instruction.

Maxwell claimed in a July 2016 deposition she learned of Epstein abuse claims, “like everybody else, like the rest of the world, when it was announced in the papers.”

Maxwell was arrested in July 2020 for procuring and trafficking girls as young as 14 for Epstein and his friends to abuse. She has remained at the Metropolitan Detention Center in Brooklyn since.

She has pleaded not guilty to sex-trafficking charges alleging she recruited girls for Epstein to abuse in the mid-1990s.