Home / WORLD / ‘Unlike anything I’ve ever heard’: Pence joins chorus of voices outraged by Biden vaccine mandate, calls it ‘not the American way’

‘Unlike anything I’ve ever heard’: Pence joins chorus of voices outraged by Biden vaccine mandate, calls it ‘not the American way’ 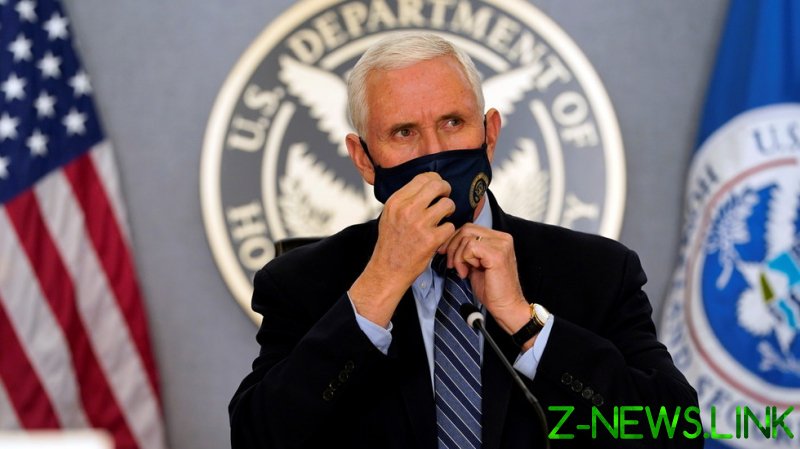 Pence took particular issue with Biden’s tone in his Thursday speech, in which the Democrat told Americans still not inoculated against Covid-19 that his administration’s patience with them was “wearing thin.”

“To have the president of the United States say that he’s been patient, but his patience is wearing thin, that’s not how the American people expect to be spoken to by our elected leaders,” Pence said Friday on ‘Fox & Friends’.

Biden’s plan forces a vaccine mandate on most federal workers, as well as companies doing contract work with the government. Companies with more than 100 employees will need a vaccinated workforce or Covid-19 negative tests in their place, unless they want to face potentially thousands of dollars in fines.

The Biden vaccine plan, Pence said, is “unlike anything I have ever heard from an American president.”

Many have already vowed to oppose it, from representatives such as Florida Governor Ron DeSantis to private companies like the conservative news outlet the Daily Wire.

Biden argued in his Thursday announcement that his plan was “not about freedom or personal choice.”

Pence, who led the White House’s Coronavirus Task Force during the Trump administration’s fight with the pandemic, disagreed.

“It’s exactly about freedom,” he said, adding that Biden and other elected officials “scolding” the American public was “not the American way – and I expect the response they are going to get across the country will prove that.”

Pence’s own strategy for promoting vaccines would be to “lead by example,” citing his own appearance on television in December, alongside his wife, encouraging others to get inoculated as they have done.

He has been floated as a potential 2024 presidential candidate for the Republican Party, and his Friday Fox appearance coincides with the release of ‘American Freedom’, a new podcast that seems primarily targeted at criticizing Biden.

In the first episode, a 9/11 tribute, Pence says he will be going on to discuss “the failed leadership of the Biden administration, the crisis on our Southern border, [and] the crime wave in our cities,” as well as the “disastrous” Afghanistan withdrawal, and ways of “preserving our freedom” during the coronavirus pandemic.