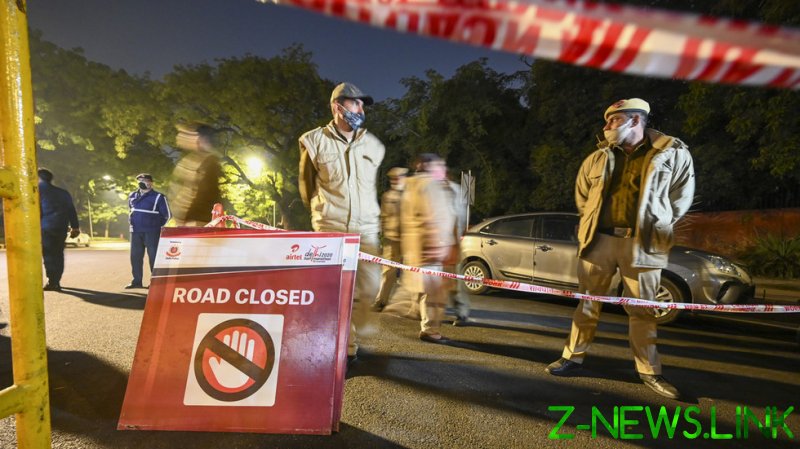 “The soldiers of Jaish ul Hind were able to infiltrate a high security area in New Delhi and carry out an IED attack,” the message said, promising more attacks in “major Indian cities.” The group also accused the Indian state of unspecified “atrocities.”

The channel cited sources saying that security officials are attempting to verify the claims made on social media, and will “not rely” on them until more evidence is gathered.

Reportedly, no previous terrorist attacks have been attributed to Jaish ul Hind. Several jihadist groups are active in India, including Jaish-e-Mohammed and Lashkar-e-Taiba.

A homemade bomb went off near the Israeli Embassy in New Delhi on Friday without injuring anyone. According to Indian media, ball bearings were used as shrapnel.

PTI news agency cited sources saying that an envelope with a note to the Israeli Embassy was found at the site. NDTV reported that police are studying CCTV footage of two people exiting a cab near the embassy.

Indian Foreign Minister Subrahmanyam Jaishankar spoke to his Israeli counterpart, Gabi Ashkenazi, and promised “the fullest protection for the Embassy and Israeli diplomats.”