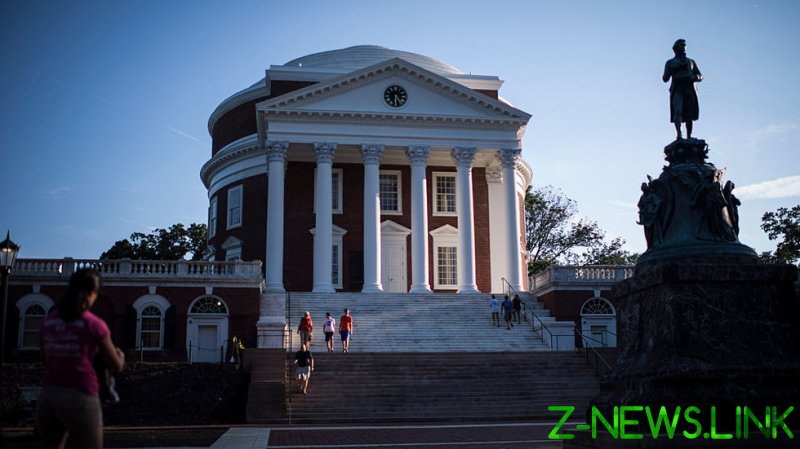 The bizarre saga begins in October 2018, when Kieran Bhattacharya, a student at the University of Virginia (UVA) School of Medicine, attended a panel discussion on the subject of ‘microaggressions.’ During a Q&A session, Bhattacharya asked the presenter, an assistant dean at the university, to clarify what constitutes a mini form of aggression.

According to an audio recording of the exchange, the student thanked the dean for her presentation before launching into his query.

“Is it a requirement, to be a victim of microaggression, that you are a member of a marginalized group?” he asked.

The presenter said that it was not a requirement, but Bhattacharya was unsatisfied with her answer, noting that a slide in her presentation defined microaggressions as negative interactions with members of marginalized groups. The pair then went back and forth for several minutes, with the student arguing that so-called microaggressions couldn’t be distinguished from an unintentionally rude statement.

While one might expect that asking questions and making counter-arguments would be routine at universities, the incident apparently set off alarm bells for an assistant professor who helped organize the event, who submitted a report known as a “professionalism concern card” claiming that Bhattacharya had run afoul of university policy.

The professor described his questions as “antagonistic” and claimed that his “frustration/anger” had prompted another panelist to step in and defuse the situation.

The report then found its way to an assistant dean in the medical school, who emailed Bhattacharya and offered to meet to help him “understand and be able to cope with unintended consequences of conversations.”

Meanwhile, Bhattacharya’s ‘case’ had caught the attention of other bigwigs at the university. The Academic Standards and Achievement Committee learned of the incident and voted to send the student a written reminder to show respect for faculty. He was also urged to seek counseling. However, that recommendation soon became an order, as Bhattacharya was later told that he must be psychologically evaluated before returning to classes.

When Bhattacharya repeatedly sought to understand what he had done wrong and what he was accused of, administrators doubled down. At a hearing, he was accused of being “extremely defensive” and was ordered to reform his “aggressive, threatening behavior.”

The university ultimately decided to suspend him, claiming that he was guilty of “aggressive and inappropriate interactions in multiple situations.”

Two months after the infamous microaggression panel, Bhattacharya was ordered by university police to leave campus.

Since then, Bhattacharya has been seeking to rectify his seemingly unprecedented treatment in the courts. He filed a lawsuit arguing that UVA violated his First Amendment rights by retaliating against him simply for sharing his views on a subject. The university requested that the court dismiss the case, but a district court judge at the end of March ruled that the suit could go forward.

Others seemed to agree, and even compared the university’s use of psychological evaluation to tactics deployed against dissidents in the Soviet Union.