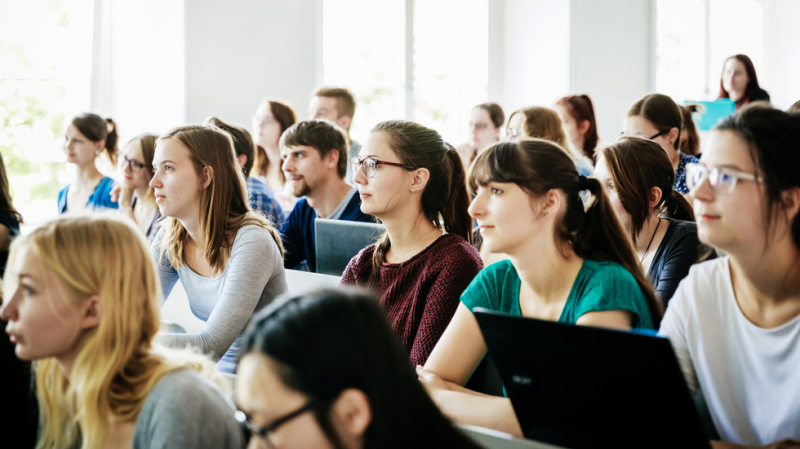 In higher education, diversity first emerged as a desirable value. It then became a dogma. On campuses, it has finally turned into a veritable industry.

A new report on the promotion of diversity, equity and inclusion (DEI), titled ‘Diversity University: DEI Bloat in the Academy’ provides compelling evidence that the advocacy of diversity has become a central concern of higher education.

The authors of the report found that DEI operatives make up 3.4 positions for every 100 tenured academics. That may not sound like a big deal. However, when you drill down the stats, it becomes evident that these numbers are startling. In the 65 universities across the US surveyed by the report, DEI staff levels were 1.4 times larger than the “number of professors in these universities’ corresponding history departments.”

That many universities consider the promotion of diversity to be more important than the teaching of history is not incidental. One of the roles of history is to acquaint students with the traditions of the past. The role of diversity training is to promote values that distance students from their cultural legacy and indoctrinate them with norms that explicitly reject their heritage. That is why diversity officers have been at the forefront of campaigning for the decolonisation of the campus and the rewriting of the past.

The diversity industry never stands still. It is continually in search of new groups to which it can provide its services. In recent years, it has invented the category of non-traditional students – these are students whose family has not had the benefit of higher education. Through endowing these students with the identity of ‘non-traditional,’ it can expand the number of identity groups to which it can offer its services.

From the standpoint of university administrators, the main role of diversity experts is to help re-educate the members of a campus community. Diversity officers promote the cultural politics of identity and play a key role in ensuring that students behave in accordance with this dogma.

Diversity is not simply promoted as a point of view. It is a value that is beyond debate. Members of the academic community who question diversity risk being ostracised or even expelled. Take the statement made by Ronnie Green, the chancellor of the University of Nebraska-Lincoln, as he welcomed new students to campus. Though he mentioned free speech in passing, his remarks were primarily devoted to celebrating the value of diversity. As he put it, “Our beliefs on diversity and inclusion” are “not-negotiable.”

It is precisely because diversity has assumed the character of a non-negotiable dogma that many universities literally force their students to participate in some form of diversity training.

In the spring of 2016, Oregon State University announced that it planned to introduce a new training programme for its new intake of undergraduates, which aimed to educate students about the “importance of diversity and inclusivity” and “build an awareness of the history and context of diversity and social justice” at the university. The course outline indicated that students would “learn how to apply an understanding of inclusions and equity, and social justice to everyday situations and to advance the values of the OSU community.”

Whereas until recently a serious university encouraged students to learn about their history and culture, today they are under constant pressure to internalise the values of their diversity experts. Oregon’s training module conveys the imperious assumption that the values that it teaches are beyond question.

Therefore, they must be learned and, even more importantly, must be lived by every member of the university. As in an old-school theological institution, not believing in The Truth is not an option. Moral policing is now conducted through the technocratic language of training. The trainer in the skills of the new etiquette serves as the functional equivalent of the old-school theologian.

Diversity training has little to do with social justice. It is a form of moral policing.