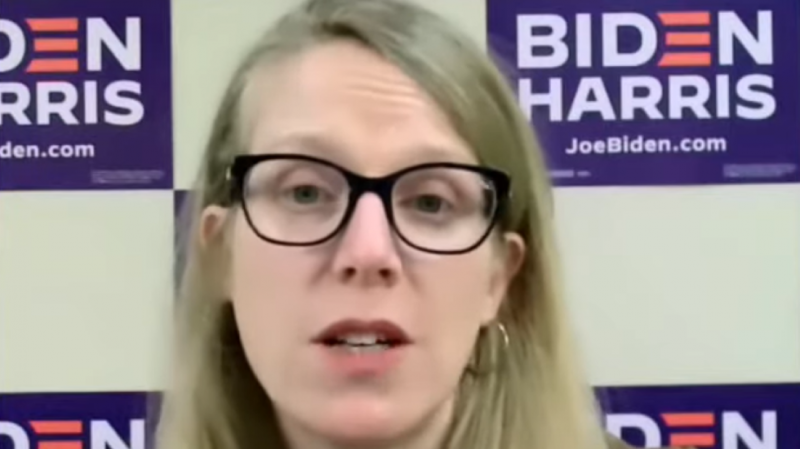 “The president-elect was able to connect with people over this sense of unity,” campaign manager Jen O’Malley Dillon said in a Glamour Magazine interview that was published on Tuesday, noting that people had mocked him during the primaries for trying to work with Republicans.

O’Malley Dillon’s F-bomb follows a trend of Democrats condemning Republicans and calling for supporters of President Donald Trump to be punished, even as President-elect Biden speaks of unifying the country. She perhaps stands out by mingling the contradictory messages in the same statement.

The Biden aide, who last month was named deputy chief of staff in the incoming administration, went on to say that she agrees with Biden’s message that the nation and its fractured political system need healing and efforts toward compromise.

“People want to see impact,” O’Malley Dillon said. “They want to see us moving in a path forward. They want to do their work, get paid a fair share, have time for themselves and their family, and see each other as neighbors. And this overhang of this negative, polarized electorate that politics has created is the thing that I think we can break down.”

Reaction to her mixed message was a reminder of how wide the political divide is. Blue-check liberals, such as lawyer Max Kennerly, writer Lynn Comella and life coach Michael Buckley, praised her condemnation of Republicans as accurate.

Republicans, such as Trump campaign aide Matt Wolking and Stacey Zinke-McKee, pointed out the irony of calling for unity with people while calling them a vulgar name.

Meanwhile, New York Times White House reporter Maggie Haberman focused on Dillon’s “rare” and “unapologetic” comments about managing the responsibilities of motherhood around an intense job. She was then blasted with replies pointing to Republican women, such as Supreme Court Justice Amy Coney Barrett, doing the same thing.