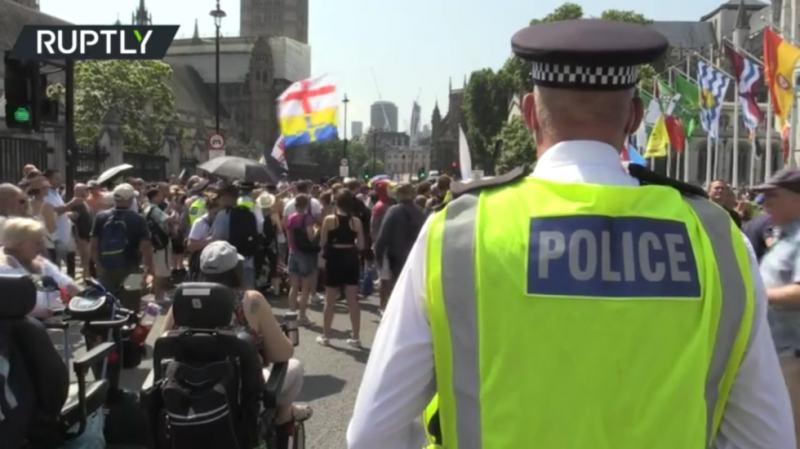 Thousands gathered outside the Palace of Westminster, the seat of the country’s parliament, carrying signs reading “Unity Is Freedom” and “It’s Not a Pandemic, It’s an IQ Test.”

READ MORE: Revellers line up at London clubs to celebrate #FreedomDay as England lifts most Covid-19 restrictions at midnight

Though the rally was largely peaceful, there were tense moments when groups of demonstrators argued with police and some bottles were thrown at the officers.

The Metropolitan Police said they were working to defuse tensions when the crowd blocked traffic.

Monday was dubbed ‘Freedom Day’ online as restrictions on social gatherings and the mask mandate ended in England.

Labour Party leader Keir Starmer, meanwhile, argued that it was reckless to lift many restrictions at once, and by doing so the UK risks “a summer of chaos.”