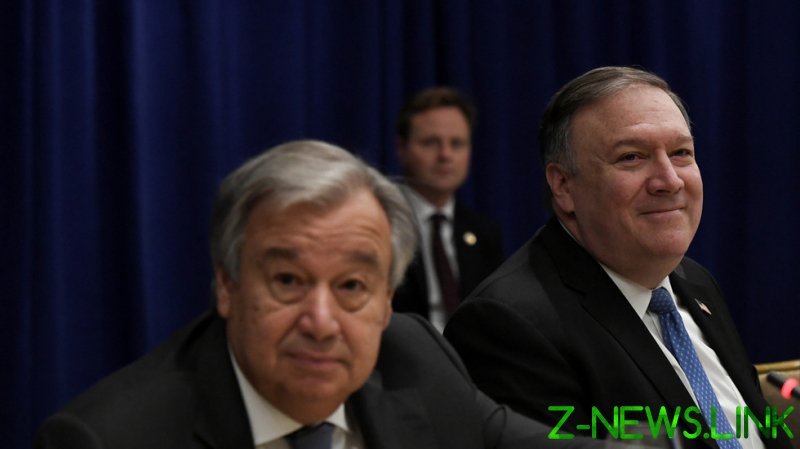 UN Secretary-General Antonio Guterres wrote in a letter quoted by the Associated Press that “there would appear to be uncertainty” regarding US Secretary of State Mike Pompeo’s Saturday announcement of restoration of “virtually all” UN sanctions against Iran.

Washington claims that it triggered the “snap-back” mechanism in the Security Council resolution concerning the 2015 nuclear deal between Iran, US, Russia, China, France, UK and Germany. However, considering that Washington unilaterally withdrew from the deal under the Trump administration in 2018, an overwhelming majority of Security Council member states consider the restoration triggered by the US as illegal and are likely to ignore it.

Guterres noted in the letter that “the Security Council has taken no action subsequent to the receipt of the letter of the US secretary of state, neither have any of its members or its president.”

Tensions between Iran and the US reignited after the Trump administration unilaterally withdrew from the 2015 Iran nuclear deal – also known as the Joint Comprehensive Plan of Action, or JCPOA. The agreement was aimed at halting Iran’s nuclear program in exchange for sanctions relief.